A New York Times reporter, in a recent interview with Quentin Tarantino, implied that the director had made a deliberate choice not to give Oscar-nominated actress Margot Robbie more lines in his latest release, Once Upon a Time… in Hollywood. Tarantino responded, “Well, I just reject your hypotheses.”

Whether or not you accept Tarantino’s implicit argument that he had no choice when it came to scripting the character of Sharon Tate, it is certainly the case that, historically, female characters in his films have had fewer lines of dialogue than their male counterparts.

We watched all 10 of his feature-length films and counted how many lines of dialogue were spoken by male and female characters in each. Before watching, we created a set of rules for what exactly would count as a line:

We decided to count while watching the released films themselves rather than counting lines from scripts, as what was said on-screen often differed significantly from the script. For example, in the Reservoir Dogs script, there is a waitress who has a few lines in the famous diner opening scene, but in the actual scene, the waitress seems to have been cut entirely.

The data show clearly that men have gotten the majority of dialogue in Tarantino’s films. In part that’s because most of the director’s films have male leads as well as a majority-male cast. But even Tarantino films with female leads and more female characters tend to give more dialogue to men: in Kill Bill: Volume 2, for example, the share of lines going to male actors was 17.5 percentage points higher than those given to women; in Jackie Brown, it’s a startling 39.8 percentage points higher.

Interestingly enough, Once Upon a Time… In Hollywood is almost a perfect microcosm of the gender breakdown in Tarantino films, coming surprisingly close to matching the average share of male vs. female lines across his entire body of work.

Update, Aug. 6, 11 PM EST: Initially, we had decided to not include Death Proof because it was released as part of a double feature with Robert Rodriguez’s Planet Terror, and not as a stand-alone feature. After consideration, we’ve included it in an effort to be comprehensive. 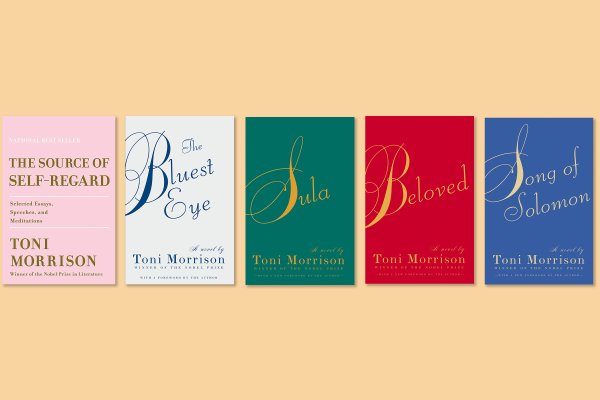 Where to Start If You Haven't Read Enough of Toni Morrison's Books
Next Up: Editor's Pick