Here's the Story Behind That Controversial 'Backless Seats' Photo

In the wake of a photo of a passenger on an easyJet flight sitting in a backless seat going viral, the airline has addressed the controversy. The original photo has been retweeted over 11,000 times and liked nearly 20,000 as of Tuesday afternoon, around 10 hours after it was shared.

Twitter user Matthew Harris tweeted out the shot of a woman perched on a seat without a back onboard what he said was a flight to Geneva. “#easyjet beats @Ryanair to have backless seats,” he captioned the shot, adding tags for both the International Air Trade Association (IATA) and the European Aviation Safety Agency (EASA). “This is flight 2021 Luton to Geneva. How can this be allowed.”

The official easyJet Twitter account initially responded by asking Harris to remove the photo while easyJet investigated the matter, a reply that frustrated some, including Harris himself.

However, easyJet later told TIME that while there were broken seats onboard the flight, no passengers were assigned to them and the flight departed with five spare seats. “No passengers were permitted to fly in these seats as they were inoperative awaiting repair,” the airline said in a statement. “Safety is our highest priority and easyJet operates its fleet of aircraft in strict compliance with all safety guidelines.”

Harris corroborated the airline’s statement in a later tweet, but expressed that he still had concerns about the safety of the aircraft. “One has to wonder how safe the rest of the plane was,” he wrote. “This was her seat. The lady was moved to a spare seat once the flight was fully boarded. Not sure what would have happened if the flight was full.” 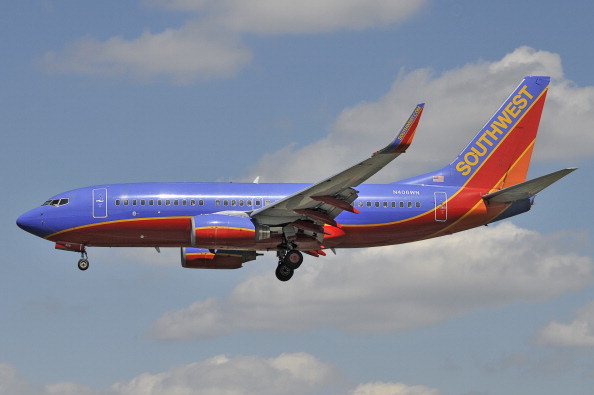