A lawsuit announced Tuesday against the Boy Scouts of America alleges a former Scout was sexually abused as a young boy in the organization for years. The unnamed plaintiff is the latest in a long line of men who say they were raped and assaulted by pedophiles whose actions were ignored or covered up by the Boy Scouts.

More than 800 men have joined a movement called “Abused in Scouting,” started by a group of lawyers who worried that the Boy Scouts of America were planning to file for bankruptcy, cutting short the timeline for victims to bring sex abuse claims against the organization in court. Those attorneys filed a lawsuit Monday on behalf of one ex-Scout identified as “S.D.,” who said he was assaulted hundreds of times as a Boy Scout in Pennsylvania in the 1970s. The suit demands $50,000 in damages from both the Boy Scouts organization and the alleged abuser.

The extent of the Boy Scouts’ sex abuse problem first surfaced in 2010 when a judge ordered the organization to release its so-called “Perversion Files,” which listed complaints of abuse in the Scouts. In January, a child abuse expert hired by the Boy Scouts to analyze the files testified that she found 12,254 boys had reported experiencing sexual abuse at the hands of at least 7,800 alleged assailants between 1944 and 2016.

Now, hundreds more men are claiming they were abused by men who do not appear in the published “Perversion Files.” “It’s the largest pedophile ring on earth,” Tim Kosnoff, one of the lawyers representing alleged victims, said during a press conference on Tuesday. “The numbers we’re talking about now dwarf what we’ve seen in the Catholic Church cases.”

“The recipe is there for an abuser to take advantage of boys alone out in the woods at night, at their homes, at their apartments,” added another of the lawyers, Stewart Eisenberg. “Many of the boys have reported drugs and alcohol being given to them when they were minors. This abuse is baked into the culture.”

The nearly 800 members of the Abused in Scouting campaign, who hail from across the country and range in age from 14 to 88, have given their attorneys the names of 350 men who never appeared in the Boy Scouts’ internal files. The lawyers said they’d done their best to verify each of the alleged victim’s claims, based on records of their participation in the Boy Scouts and other evidence the accusers have been able to provide. But they decided to not make public names of all the newly accused men until law enforcement can confirm the legitimacy of the allegations.

However, the lawsuit announced Tuesday identifies S.D.’s alleged abuser as Paul Antosh of Wilkes-Barre, Penn., who it said was an assistant Scoutmaster in the plaintiff’s troop. Antosh told NBC News he’d only just heard of the lawsuit. “I’m in the process of hiring counsel,” he said when asked if the accusations were true, NBC News reported.

The Boy Scouts say they have been sending notifications to law enforcement as they receive names of alleged abusers from Abused in Scouting. In a statement to TIME in May, the organization denied withholding any relevant information. “First and foremost, we care deeply about all victims of abuse and sincerely apologize to anyone who was harmed during their time in Scouting,” the statement said.

The Abused in Scouting lawyers say the Boy Scouts need to do more, including making public which of the alleged abusers are still employed by the organization.

Many of the alleged victims who have come forward told TIME they were inspired by the #MeToo movement. During the press conference, the lawyers emphasized that the changing conversation around sexual abuse and the subsequent push in many states to extend the statute of limitations on sex abuse cases played a major role in their campaign.

So many claims of abuse have been filed against the Boy Scouts that their insurance companies have begun to refuse to pay out the claims. “The abuse that occurred in scouting was ‘expected and intended’ — not my words, the insurance companies’,” Kosnoff said at the press conference. The Boy Scouts are currently ensnared in a legal battle with their insurers in Dallas courts.

In the wake of reports of abuse in the Boy Scouts, some companies that previously partnered with the Boy Scouts have cut ties with the organization, including Disney and the United States Postal Service.

At the end of the press conference, the lawyers challenged Congress to investigate the Boy Scouts, who receive federal subsidies and have free access to National Forest lands, among other federal resources. “If Congress won’t act, attorney generals across the country, you’ve got jurisdiction,” Kosnoff said. “Step up, protect kids, kids need you. You can subpoena evidence.”

The lawyers say that they don’t trust the Boy Scouts to fix the problem within their own ranks. “If there’s one thing we’ve learned in representing the people victimized by the Boy Scouts,” said Eisenberg, “it’s that the Boy Scouts don’t protect children.”

This report has been updated with the name of the defendant. 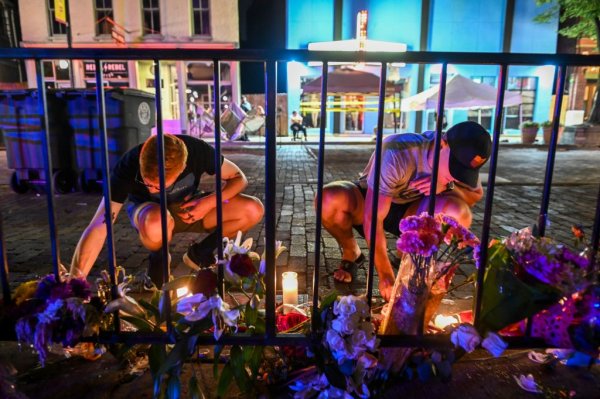