Guatemala Sends More Migrants to the U.S. Border Than Any Other Country. Will Sunday's Elections Change That?

In theory, the winner of Guatemala’s Aug. 11 elections will have the power to tackle the serious problems that make the Central American country the primary source of the thousands of migrants showing up at the U.S. southern border each week.

Many voters in Guatemala are looking for solutions to the lack of jobs, high rates of violence and food scarcity that drove so many of their fellow citizens to leave the country in 2018. (Some 116,000 Guatemalans were apprehended last year, according to U.S. Customs and Border Patrol—a quarter of total apprehensions.)

Another major voter concern, according to a July Gallup poll, is the endemic corruption that cripples the state’s ability to channel resources toward fixing those problems. An extremely popular U.N.-backed anti-corruption commission is due to close down in September after the current president, former comedian Jimmy Morales, abruptly kicked its leaders out of the country and refused to renew its mandate. The commission had been investigating Morales and his family.

But it’s unclear if these elections will do much to divert Guatemala from its current troubled course, analysts say. The two leading candidates are offering mostly vague proposals on those issues, the party system is weak, and controversy over exclusions from the ballot has sucked air-time away from policy discussions during the campaign.

Here’s what to know about Guatemala’s elections – and what they reveal about the country’s intractable challenges.

Who is in the running to be Guatemala’s next president and what are the issues at stake?

Sandra Torres, a former first lady of Guatemala, won the first round of voting in June for the National Unity of Hope party (UNE), with 26%. A center-left populist, Torres helped run social programs during the 2008-2011 presidency of her ex-husband Álvaro Colom. “Many of them have been shut down or reformed, so a lot of her campaign has focused on bringing them back,” says Adriana Beltrán, a Guatemala expert at the Washington Office on Latin America. Torres’ support is strongest in Guatemala’s poorer rural and highland areas.

As well as developing free health care and education, Torres promises to restore programs combating food insecurity. Guatemala has long suffered one of the worst rates of malnutrition rates in Latin America, with almost 1 million children under five suffering chronic malnutrition or stunted growth. More recently, hunger crises have afflicted regions like the Western Highlands as a result of of unemployment, falling agricultural yields, droughts and other trends that have been linked to climate change. The U.N. says these factors are a possible explanation for the growing number of migrants from the so-called Northern Triangle — Guatemala, Honduras and El Salvador — migrating to the U.S.

Guatemalan prosecutors have accused Torres of corruption over illicit campaign funding allegedly received by UNE while she was general secretary in 2015. She denies any wrongdoing.

Torres’ rival is Alejandro Giammattei, who took 14% in the first round for the centre-right Let’s Go (Vamos) party, with most of his support coming from urban areas. A former prisons director, he has run on an “iron fist” approach to crime and insecurity, which has been a problem in Guatemala since its emergence from a 36-year civil war in 1996. The country’s organized crime groups are some of the most sophisticated in Central America, making most of their money from trafficking drugs north to the U.S., according to Insight Crime. Though less violent than its Northern Triangle neighbors, Guatemala has a murder rate more than four times that of the United States. Giammattei has pledged to bring back the death penalty and invest in the prison system.

Dubbed the “eternal candidate,” Giammattei has now made four runs for the presidency – each time under a different party, a result of Guatemala’s system of “politics without party,” according to Regina Bateson, a political science professor at the University of Ottawa. “More than 100 political parties have run for elections in Guatemala since the end of the civil war,” she says. That undermines voters’ ability to hold parties to account on fulfilling their promises and to make sense of candidates’ ideological positions. “Even political observers can’t make sense of it,” Bateson says.

Do Guatemalans care about migration to the U.S.?

Migration and relations with the U.S. loom large in Guatemala’s national debate, Bateson says. “The American dream is alive and well in Guatemala and the cultural and economic significant of migration to the U.S. can’t be overstated.”

According to World Bank data, 12% of Guatemala’s GDP comes from remittances sent home from overseas — with more than 90% of that money coming from Guatemalans in the United States. That effectively makes migrant labor the country’s second biggest export, after bananas. Quetzaltenango, Guatemala’s second city, has a prominent statue paying tribute to the migrant’s role in supporting the national economy.

A prominent statue labeled "Homage to the Migrant" stands in Salcaja, Guatemala's second city, reflecting respect for those who travel abroad to work and send money back home.
John Moore – Getty Images

The U.S. is also by far Guatemala’s largest trading partner, buying 42% of its exports.

Given the importance of ties with the U.S., President Donald Trump’s threat to impose tariffs or “remittance fees” on Guatemala likely helped pressure President Morales into signing a highly controversial asylum deal with the U.S. in late July. Under the agreement, which would need to be approved by Guatemala’s congress and overcome legal challenges from opponents in both countries, Guatemala would become a “safe third country,” denying migrants from other Central American nations, who pass through the country on their journey north, the right to claim asylum in the U.S. unless they have first done so in Guatemala. Beltrán says it is “ludicrous” to say conditions in Guatemala “make it a safe haven” for asylum seekers.

Though the deal would not directly affect Guatemalan migrants themselves, it has met fierce opposition from the public, sparking a national strike by rural workers’ organizations, who dubbed it a “violation of national sovereignty”.

Both presidential candidates met acting U.S. Homeland Security secretary Kevin McAleenan when he visited the country to discuss the deal on August 1. Both have condemned Morales’ decision. “We are the MOST UNSAFE COUNTRY for malnutrition and poverty!” Torres tweeted.

But Bateson says she’s unsure whether either Torres or Giammattei would stand up to Trump on future disputes over migration. “Neither one has a very clear or strongly articulated position on advocating for the rights of migrants.”

Guatemala’s high rate of emigration — with 8% of the population living abroad — is a symptom of its deep-rooted problems with unemployment and poverty, rather than being a campaign issue in itself. Both candidates have promised to tackle those drivers of migration through vaguely-worded economic plans.

Giammattei says he will build “an economic wall” to halt migration — in a dig at Trump’s planned wall along the U.S.-Mexico border — by attracting foreign investment. Torres wants to boost Guatemalans’ quality of life with social programs and by tackling unemployment. “Without an opportunity to work, there will always be migration,” she told a local news agency.

Why is corruption such a big concern for Guatemalan voters?

A network of rampant corruption within Guatemalan institutions — which took hold soon after the civil war ended — severely undermines efforts to deal with crime and provide aid and services to citizens. Guatemalans call these shady forces the “pacto de corruptos” (pact of the corrupt) and 92% of Guatemalans don’t trust their congress, according to a poll published in May.

In recent years, though, the country has begun to take action on graft. Since 2007 the U.N.-backed International Commission Against Impunity in Guatemala (CICIG) has worked with Guatemalan prosecutors to hold gang leaders, business people and politicians to account for a wide array of crimes, convicting more than 300. More than a fifth of lawmakers are currently under investigation, according to national newspaper Prensa Libre.

But in January Morales — once an anti-corruption crusader — announced he was shutting down the commission and declining to renew its mandate. An online poll by Prensa Libre found that 72% of Guatemalans want CICIG to continue.

While both Torres and Giammattei have spoken out against corruption, neither has expressed support for re-opening CICIG, with both favoring a national body to deal with investigations — a solution Beltrán says is unlikely to satisfy the public or the international community. “Given the level of corruption in Guatemala, and what you’ve seen transpire over the last two years, it’s highly questionable that a national commission is going to have any kind of serious impact.”

One of CICIG’s strongest supporters, Thelma Aldana — a former attorney general who worked with CICIG on corruption investigations that toppled the government of Morales’ predecessor — tried to run for president but was excluded from the race. The constitutional court disqualified her in May, citing an unresolved criminal case against her for an alleged fraudulent hire she made as attorney general. Aldana says the charges are politically motivated because her support for CICIG made her a threat to Guatemala’s “criminal structures.”

Without a pro-CICIG candidate in the race, Bateson says many voters may feel they don’t have a real choice on one of the biggest issues in Guatemalan politics.

To her, one of the most surprising things about CICIG’s demise is the Trump Administration’s silence on the matter. Support for CICIG had been a key part of policy on Guatemala under the Obama Administration, and strengthening the rule of law has been the core of U.S. foreign policy in Central America for decades.

“If the key root problem in Guatemala is a high level of entrenched corruption, completely dysfunctional judicial system, and absolutely no rule of law, CICIG was the best innovation that has happened in the entire region to deal with those issues,” Bateson says. “Any reasonable administration, Republican or Democrat, should be extremely concerned by its end.” 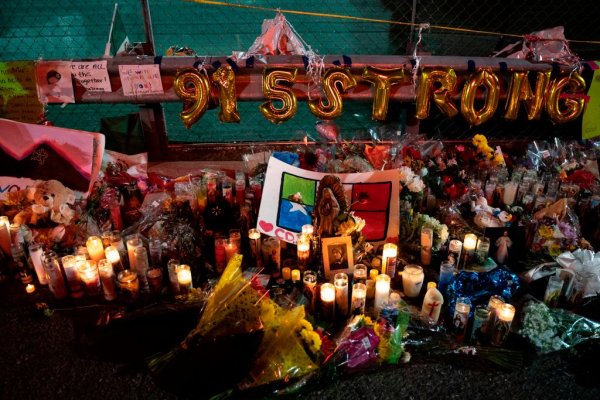