A Passenger Filmed a Bat on a Spirit Airlines Flight. Here's How The Internet Responded

An Airbus SE A321 plane with a livery for Spirit Airlines Inc. is seen at the Airbus Final Assembly Line facility in Mobile, Alabama, U.S., on Wednesday, July 19, 2017.
Bloomberg—Bloomberg via Getty Images
By Jasmine Aguilera

Passengers aboard a Spirit Airlines plane can be heard screaming and laughing at an apparent bat flying around the cabin, taking the term “in flight” to a new place. The video, shot by Peter Scattini and shared on Twitter on July 31, has amassed 139,000 views, more than 1,000 retweets and hundreds of comments.

On Friday, comedian and host Stephen Colbert joked about the video, saying “I can’t believe there was a bat on a Spirit Airlines flight. I’ve only ever seen raccoons.” But Colbert was not the only person to crack a joke about the incident.

According to tweets from Scattini, the bat appeared 30 minutes into the Spirit flight, and was eventually trapped inside a bathroom on the plane. In a statement to TIME, Spirit Airlines spokesman Derek Dombrowski confirmed the stowaway bat was found on a flight from Charlotte, N.C. to Newark, N.J. and said it may have flown in during overnight maintenance in Charlotte. The bat was later taken by animal control officers. “The aircraft was disinfected and searched as a precaution,” Dombrowski said. “No one was hurt in this incident, including the bat.” 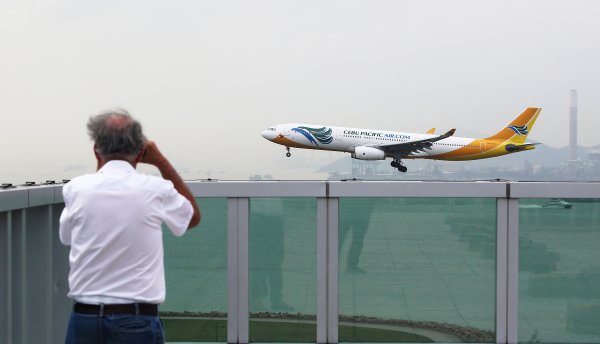 Why Legroom on Planes Is About to Get Much Worse
Next Up: Editor's Pick