The body of a child found in a remote part of Montana on Sunday has been identified as a missing two-year-old from Oregon, police say.

Lincoln County Sheriff Darren Short said an autopsy confirmed the two-year-old was Aiden Salcido, who had been missing since his parents were found dead in an apparent murder-suicide in July.

Police say the boy’s mother, Hannah Janiak, was found dead of a gunshot wound to her head, and that his father, Daniel Salcido, had died after shooting himself on July 24.

The boy’s body was found nearby, also with a gunshot wound to the head.

The bodies were found after after they fled a traffic stop in Kalispell, Mont.––about 800 miles from where they were from in Medford, Ore., according to the Associated Press.

Police tried to stop the couple’s vehicle at first because of felony warrants for a burglary.

Aiden Salcido was not in the vehicle when his parents’ bodies were found, the AP reports. His body was later found near a campsite in Lincoln County where witnesses reported seeing a vehicle that matched the description of the one Janiak and Salcido were driving. Lincoln County authorities did not immediately respond to TIME’s request for comment.

Janiak’s financial records show she last made purchases on June 3 and 4 at a Walmart in Medford, the FBI told the AP. Surveillance video shows the couple with Aiden buying camping equipment.

Janiak and Salcido were convicted on burglary charges following an investigation in 2018. Janiak was set to start serving her sentence on June 11, but failed to show, prompting the warrants for her arrest. 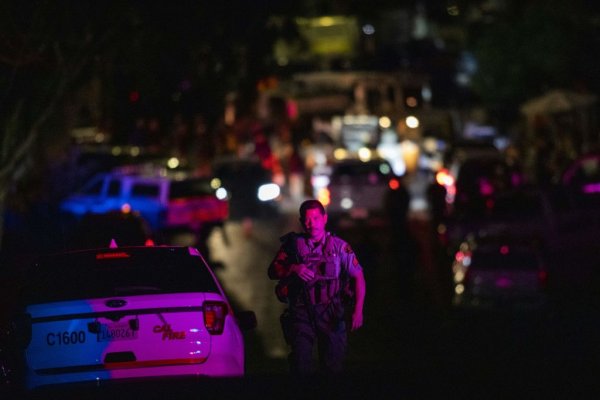 'My Son Had His Whole Life to Live.' A 6-Year-Old Was Among Those Killed in Sunday's Garlic Festival Shooting
Next Up: Editor's Pick