In a segment of the tape published in a July 30 article in The Atlantic, Reagan, who was then the governor of California, can be heard expressing his frustration to Nixon over the United Nations voting to recognize the People’s Republic of China with the help of delegates from African countries.

“To see those, those monkeys from those African countries — damn them, they’re still uncomfortable wearing shoes!” Reagan says on the tape, as Nixon laughs.

In a Washington Post op-ed published Thursday, Davis wrote that listening to her father’s racist remarks made her cry. “There is no defense, no rationalization, no suitable explanation for what my father said on that taped phone conversation.”

Davis went on to say that she never heard her father make remarks like those recorded in the tape. “When I was growing up, bigotry and racism were addressed in my family by making it clear that these were toxic and sinister beliefs that should always be called out and shunned,” she wrote.

The 66-year-old first daughter also says that if the tape emerged when her father was still alive, she is certain he “would have sought to make amends for the pain his words caused.”

“I believe, if my father had, years after the fact, heard that tape, he would have asked for forgiveness,” she wrote. “He would have said, ‘I deeply regret what I said — that’s not who I am.’ “ 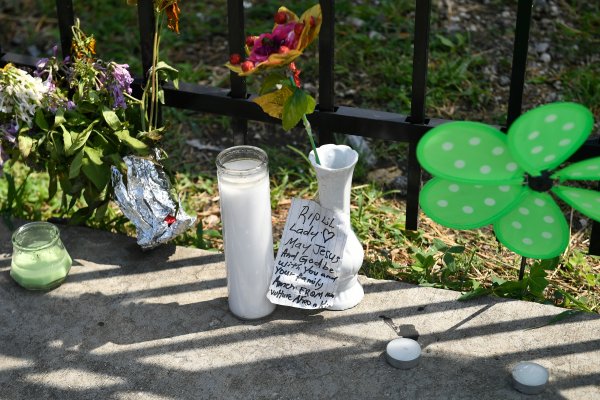 2 Mothers Committed to Stopping Violence Killed
Next Up: Editor's Pick