Dozens of people were injured Tuesday when a “tsunami pool” in China malfunctioned, sending a massive wave crashing down on swimmers, according to local media reports.

Visitors to the wave pool at Yulong Shuiyun Water Amusement Park in Longjing got more than they bargained for Monday when a technical malfunction caused a tsunami-like wave to disrupt the previously tranquil waters, videos posted on social media show. The wave appeared to quickly pick up height and speed and carried bathers in inner tubes across the pool, causing them to crash into other visitors. it even flooded into surrounding areas, knocking over bystanders.

Forty-four people were injured in the accident, the South China Morning Post reports, and at least five people were hospitalized for injuries including fractured ribs.

Despite rumors and jokes on social media that the wave pool operator was responsible for the mishap, local government attributed it to “a power cut that damaged electronic equipment in the tsunami pool control room, which led to the waves in the tsunami pool becoming too big and injuring people,” the Morning Post reports.

The park reportedly closed down the wave pool to investigate the incident.

The U.S. experiences its fair share of water-park injuries as well, the Associated Press reported in 2016. Though no federal figures exist, the U.S. Consumer Product Safety Commission estimated that 4,200 people in the U.S. annually visited emergency rooms for water-slide-related injuries including scrapes, broken bones and concussions, according to AP. 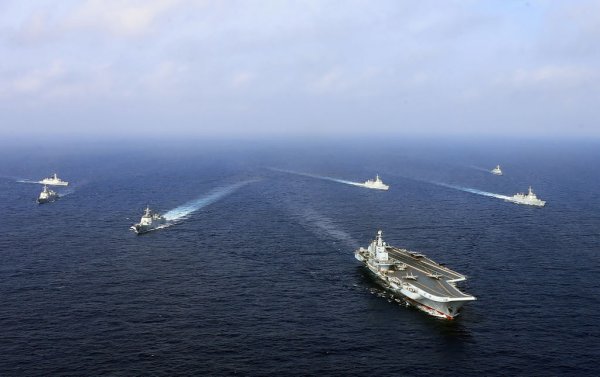