How Much Violence Against Women Is Too Much to Depict Onscreen? The Nightingale Offers One Answer

A young woman guides her horse through a forest, her face smeared with blood. The steely look in her eye shows she’s endured something unspeakable, her focus trained on exacting revenge upon the perpetrator. This is Clare, the protagonist of Australian writer and director Jennifer Kent’s new film The Nightingale. Set in Tasmania in 1825, Kent’s film follows the young Irish convict, played by Aisling Franciosi, and an Aboriginal tracker named Billy, played by Baykali Ganambarr, as they form an unlikely alliance in pursuit of the British military lieutenant who inflicted abominable violence upon Clare’s family.

“I wanted to talk about violence and its real impact on us as human beings, and how to find a way to navigate love and kindness and empathy in really dark times,” says Kent, whose debut feature The Babadook became a cult horror hit after its release in 2014. The Nightingale is, in part, a story of connection, as it gently unfurls the initially tense relationship between Clare and Billy. But it is the graphic violence inflicted by the colonizer upon the colonized that has been the focus of headlines and reactions to the film so far, with audience members walking out in protest during a screening at the Sydney Film Festival in June.

Kent has defended The Nightingale‘s scenes of violence perpetrated against women and Aboriginal people as being historically accurate. She worked with an Aboriginal consultant, Jim Everett, to nail the historical accuracy of the fictional story’s backdrop and to determine just how much violence to show, and said in a statement that she wanted to explore “the fallout of violence from a feminine perspective.” Kent finds the attention on the movie’s violence, both done to and by Clare, curious: “I do wonder if the focus on the violence in this film would have been the case if I were a man,” she says. “I see so much violence directed by men in cinema that doesn’t even get a mention in any talk of their films, and I wonder if it’s people’s incomprehension that women can tackle these things head on.”

The conversations around The Nightingale relate to broader questions about what it means to depict violence from a feminine, or even a feminist, perspective. Are depictions of violence against women, and in particular rape, dangerous, cathartic, voyeuristic or simply a reflection of reality? It can depend on who is doing the depicting. “Often in the past, male characters were the ones who were violent, and we saw what they saw. We never got to see what the woman saw, or her point of view,” says Hilary Neroni, a professor of film and television studies at the University of Vermont and the author of The Violent Woman: Femininity, Narrative, And Violence In Contemporary American Cinema. These discussions bubbled up recently, when Quentin Tarantino’s newly-released film Once Upon A Time In Hollywood (which is actually one of his least violent) faced criticism following its Cannes premiere for minimizing, at least in his script, the character of Sharon Tate, played by Margot Robbie, a charge the director rejected outright.

“When we think about how female directors work, most often, the narrative structure revolves around a female character or privileges female concern, and that’s what drives the plot,” Neroni says. “A feminist film means we get a sense of how the female character views the world; we see what she’s seeing.” Such is the case with Clare in The Nightingale: During a scene in which Sam Claflin’s merciless Lieutenant Hawkins brutally rapes her, the camera is trained on the expression on her face. When Clare later stabs one of Hawkins’ cronies in the wilderness, her own violence a direct consequence of having experienced such brutality, the blood splashes up onto her face as she screams in frenzy.

While The Nightingale eschews easy classification, elements like this scene relate it to a history of films about rape and revenge—though Kent has rejected categorization of her movie as a “rape revenge film,” saying she’s neither interested in making nor watching something of that nature. Movies like those experienced a surge in popularity in the 1970s with films like Lipstick (1976) and I Spit on Your Grave (1978), both of which contained violent and graphic rape scenes. But there’s one film Neroni highlights as a turning point for depictions of violent women onscreen: 1991’s Thelma and Louise, directed by Ridley Scott with an Oscar-winning script by Callie Khouri. As Khouri told TIME in 1991, “I wanted to write something that had never been on the screen before…As a female moviegoer, I just got fed up with the passive role of women. They were never driving the story because they were never driving the car.” Through the 1990s, other films such as Basic Instinct (1992), Courage Under Fire (1996) and GI Jane (1997) continued to defy stereotypes, reflecting changing cultural attitudes.

“These kinds of films showed how women were pushed to excessive violence by an oppressive society. I do think that audiences are fascinated by violent women, because they disrupt paradigms about masculinity and femininity,” says Neroni. That fascination can also lead to catharsis. The 2017 documentary Catching Sight of Thelma and Louise explored how the original film struck a nerve with many female viewers who were survivors of sexual violence or harassment, and related strongly to the experience of the protagonists. Kent says that she’s received similar feedback to The Nightingale, even if that’s not explicitly why she made it. “It’s good to feel that people who have been through difficult situations have been helped by the film or have found some comfort in it,” she says.

For Kent, violence onscreen is not simply a spectacle that entertains, but a mirror of our own cultural attitudes. “It’s one purpose of cinema to entertain. But it’s also to provoke feelings,” says Kent. Opportunities for female filmmakers continue to lag drastically behind those of their male peers — only 4% of directors working on the top 100 films in Hollywood in 2018 were female, according to the Center for the Study of Women in Television and Film. But observers like Neroni are hopeful that filmmakers like Kent can be forces for greater interrogation of violence done to and by women onscreen.

The Nightingale is set almost 200 years in the past, but to Kent, the themes her film explores are just as pressing today. “I think the violent mind that created the construct of colonialism is the mind of violence running through our modern world,” she says. “When there’s no respect for the feminine, the things that happen in The Nightingale are inevitable. I don’t think it’s a colonial conceit—it’s a modern problem.” Kent refuses to look away. 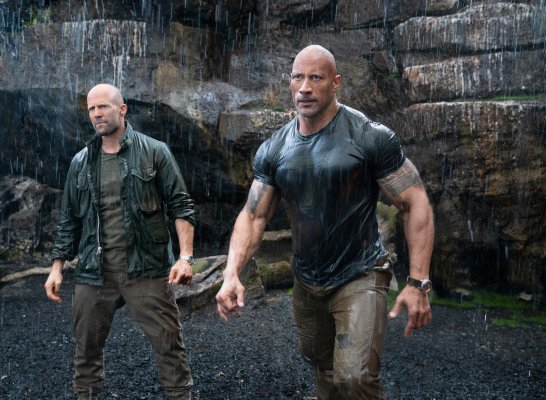 What the Hobbs & Shaw Post-Credits Scenes Mean for the Fast & Furious Franchise
Next Up: Editor's Pick