NASA Is Working With Private Companies to Go Back to the Moon. That's Riskier Than it Seems

NASA will never be listed on NASDAQ. It’s already a wholly owned subsidiary of, well, all of us—which is the way it’s supposed to be with taxpayer-funded government agencies. But you could be forgiven for thinking that the full name of NASA is actually NASA, Inc., what with all the talk in the last decade about privatizing and commercializing at least part of the work the space agency used to do by itself.

NASA is pushing hard on this public-private front in its new effort to have Americans back on the moon by 2024, with three announcements in just the last two days touting all of the companies that are partnering in the latest lunar gold rush. There’s plenty of truth in all the news—but plenty of premature breathlessness, too.

Begin with the fact that over the course of NASA’s entire 61-year history, it has never not been part of a public-private partnership. The only branding on the side of the space agency’s rockets and spacecraft may have been an American flag and the words “United States of America,” but if all of the companies that actually built the machines had been able to slap their decals on the ships too, there would have been no room for windows. The Apollo program alone had up to a dozen prime contractors, including North American Aviation, Grumman Corp., Rocketdyne, General Motors, IBM, Douglas Aircraft and even General Motors. Those contractors portioned out the work to so many sub-contractors in so many states around the country that, in the end, an estimated 400,000 people—more than the modern-day population of Cleveland—could say they had a hand in putting Americans on the moon.

The only thing that distinguishes the way the business was conducted then from the way it’s done now is that back in the Apollo era, it was essentially work for hire. NASA would tell the companies exactly what it wanted and the companies would deliver—a little like sketching your own house and then hiring an architect and construction company to build it to your plans.

Now, the work is more free-range: NASA encourages companies to build their own rockets and spacecraft, provides them a portion of their R&D financing, and then operates more as a customer, buying back the services of the resulting hardware. The most promising example of that business model may be the crew vehicles being built by both SpaceX and Boeing, which will soon begin carrying astronauts to the International Space Station (ISS). NASA awarded the companies the contracts in 2014, and backed the work with more than $6 billion in development funding. Boeing and SpaceX, meantime, will get paid for the rides they eventually provide and come away with their own fleet of spacecraft they can continue building and marketing to other customers.

That should, in theory, both be less expensive for NASA and turbocharge the aerospace industry, helping it develop profitable product lines. The space agency had already been using this model in its go-slow efforts to get astronauts back on the moon and then on to Mars. But since March, when Vice President Mike Pence threw down a marker to achieve another crewed lunar landing by 2024, the work began ramping up fast. On July 30, NASA announced the names of 13 companies that will be involved in 19 different partnership projects essential to the new lunar program.

Some of the names are little-known and the projects comparatively arcane: Bally Ribbon Mills of Bally, Pennsylvania, will work with NASA’s Ames Research Center in California develop carbon fabric for spacecraft heat shields; Maxar Technologies of Palo Alto, Calif., will partner with NASA’s Marshall Spaceflight Center in Huntsville, Ala., and Glenn Research Center in Cleveland to develop lighter-weight solar cells. Other companies involved are decidedly higher profile: SpaceX will work with the same Glenn and Marshall centers to create technology to transfer fuel in orbit; Lockheed Martin will help NASA’s Langley Research Center in Virginia develop temperature resistant materials for spacecraft. One of the companies, Blue Origin, founded by Amazon boss Jeff Bezos, was included on the list too, but needn’t have been: the company has already been cooperating with NASA to develop its Blue Moon lander, which is considered the front-runner in the race to build the module that will actually carry astronauts from lunar orbit down to the surface.

In case the private-public model behind all of these partnerships was missed, the NASA announcement even adopted the sometimes-tortured language of business: “NASA’s proven experience and unique facilities are helping commercial companies mature their technologies at a competitive pace,” said Jim Reuter, associate administrator of NASA’s Space Technology Mission Directorate, in a July 30 statement.

Later that day, the space agency issued another release, inviting still more private companies to pitch their ideas for small and medium robotic landers to ferry cargo down to the lunar surface. Of course, announcing partnerships and actually building hardware are not the same thing. Just one day before these releases, on July 29, NASA had to backtrack on one of its more highly promoted deals, announcing that Orbit Beyond, of Edison, NJ, one of the companies it tapped to participate in the cargo-delivery work, was pulling out after just two months, due to “internal corporate challenges” leading to a termination of the agreement “on terms mutually agreeable to both parties.” Once again the language was more suited to the boardroom or the halls of Congress—just one euphemism removed from the likes of “stepping down to spend more time with his family”—but it will probably be heard more and more as the NASA-industry bond grows tighter.

None of that is necessarily bad. One of the reasons the lunar program stopped with Apollo is that the old model—a money spigot turned on full as the government paid the entire $24 billion tab ($168 billion in 2019 dollars)—was not sustainable. Better to spread the cost — and the for-profit rewards — among a lot of players.

The problem is that the risks are spread too. The old NASA could withstand setbacks and even disasters like the Apollo 1 fire that killed three astronauts in 1967 because it had no shareholders or investors to keep happy. Businesses are different—sensitive to markets, wary of loss. Those x-factors may make the 2024 deadline harder to meet than the space agency realizes. Either way, it’s likely that whenever America gets back to the moon, a lot of the commercial partners along for the ride now will eventually be left behind. 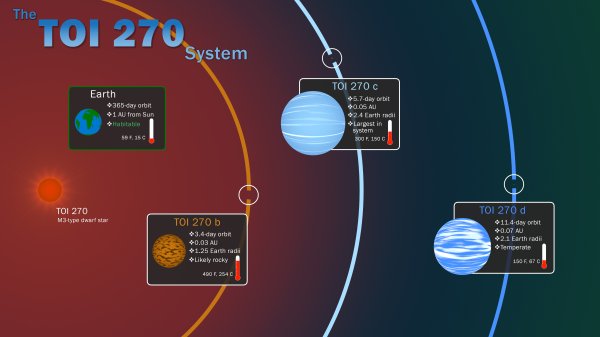