The arrest of A$AP Rocky in Sweden has led many high-profile Americans––including President Donald Trump––to call on the Swedish prime minister to release the New York-born rapper on bail while he awaits trial. But the political pressure to #FreeRocky will never work on Prime Minister Stefan Löfven––for two reasons.

First, unlike the United States, Sweden has no system of bail. As a foreigner, Swedish authorities view A$AP Rocky as a flight risk and will not release him pending trial. This is standard for any visitor arrested in Sweden, Swedish legal experts say.

A$AP Rocky has been in custody since July 3. He was charged with assault on Thursday for the fight broke out on a street in Stockholm. A$AP Rocky posted a video that showed him and his team being following by two men. He says he acted in self-defense. Prosecutors say they have additional evidence that isn’t available online.

The case has sparked an international incident, with Trump promising to use the power of his office to get A$AP Rock released.

After A$AP Rocky was first detained, Trump called Swedish Prime Minister Stefan Löfven and said he would “personally vouch for his bail.” Following the prosecutor’s decision to charge the rapper, Trump tweeted that he was “very disappointed” in the Prime Minister for “being unable to act.”

Whereas in the United States, A$AP Rocky would likely be released after posting substantial bail as collateral to make sure he showed up to court to face charges, Sweden has no system of bail. Anne Ramberg, secretary-general of the Swedish Bar Association, tells TIME that the bar association does not support a bail system because it would give wealthier people an advantage. “We believe it has to be the same rules for everyone,” Ramberg says.

As for the prime minister intervening? That would be completely “out of line,” Ramberg says. She adds that she “cannot recall any time when the government has interfered in a trial.”

Sweden’s constitution also forbids government ministers—even the prime minister—from commenting or stating anything about an individual case, Dennis Martinsson, a senior law lecturer at Stockholm University, who has frequently spoken about the case in Swedish media, tells TIME.

Martinsson says he considers Trump’s tweets on the situation “misinformation and misunderstanding” and believes a big reason for the disconnect between how Swedes and Americans have interpreted the A$AP Rocky case is that politicians in the U.S. may assume that their Swedish counterparts can influence the case.

Sweden’s prime minister emphasized the independence of the country’s judiciary in response to Trump’s requests and comments, both before and after the rapper was charged.

Mikael Lindstrom, a spokesman for the Löfven, reiterated after Trump’s comments on Thursday that “in Sweden everyone is equal before the law” and “the government is not allowed, and will not attempt, to influence the legal proceedings, which are now ongoing,” the Associated Press reported.

The U.S. State Department said Thursday that it was “following the case closely.”

The government could technically pardon anyone who is convicted but that kind of power is “very, very rarely used,” Ramberg says.

The pardoning powers lie with the government, not the prime minister, Martinsson explains, adding that a pardon can “only be granted in exceptional cases.” It does “not contradict” the constitution’s limits on ministers because any pardon is “usually decided a long time after the person was convicted” and “cannot be seen as a way for the government to take a different stand on whether or not the person is guilty of the convicted crime.” 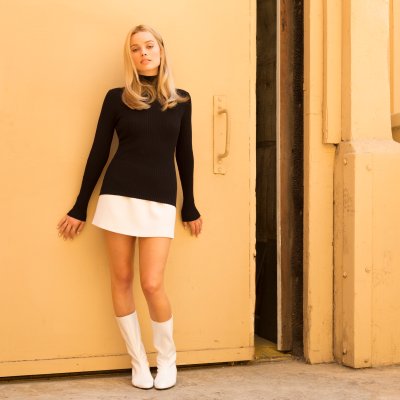 The True Story Behind Once Upon a Time... in Hollywood
Next Up: Editor's Pick