A North Carolina woman says she is not sorry for using the n-word in a confrontation with two black restaurant customers that went viral.

“I would say it again,” Nancy Goodman tells WRAL. Goodman, a 71-year-old white woman, claims her “tremendous anxiety” propelled her actions toward the other patrons, Chanda Stewart and Lakesha Shaw, at a Bonefish Grill in Raleigh on Tuesday night.

The two women say Goodman called them rude and said they were being too loud. Stewart, annoyed by the remarks, began recording Goodman on her cellphone while recounting the situation. She later posted the video on her Facebook page, where it has now accrued more than 200,000 views.

“We’re paying for our food just like everybody else, and she told us we are the rudest people,” Stewart says in the video.

Goodman is seen waving and smiling to the camera. She then pulls out her own phone and makes her way toward the women again.

“I’ve got really good friends who are black and I love them,” Goodman says.

“We never said anything about color,” Stewart responds.

Goodman then repeats on her original complaint: “You’re too loud.”

“Let me show you my money, it’s just as green as yours,” Shaw says.

As she walks away, the women ask if Goodman uses the same slurs when talking to her black friends.

Speaking with WRAL, Goodman says she won’t apologize to the women because they “kept pushing at it.” She says that in retrospect, it might have been better to ask management to ask the women to “just quiet down.” “Instead, I went off on them, which I shouldn’t have done. But I had had it. It was out of my control to calm down my anxiety.”

Still, when asked if she realized how offensive it was to use the n-word, Goddman says, “Yes I do, that’s why I said it.”

“I used that word because they forced me into it,” she says.

Stewart and Shaw, who also spoke with WRAL, expressed surprise at Goodman’s insistence that she would use the slur again in speaking to them.

“I don’t care how you feel like we should have been acting,” Shaw says. “If I was standing on the table with three heads in a purple jumpsuit, nothing justified you to come to my table and call me a stupid n—–.”

A representative from Bloomin’ Brands Inc., Bonefish Grill’s parent company, tells TIME that its staff will receive additional training to deal with such situations in the future.

“We are a place for all people to gather for good food in a comfortable atmosphere, including positive interactions among guests. We do not tolerate hate speech or disrespect in our restaurants,” says a statement from the company. “Our team takes this seriously and is providing additional training to our staff for situations such as these that escalate quickly. We are saddened by what happened and are committed to doing everything we can to ensure guests get the courtesy and respect they expect and deserve—every time.” 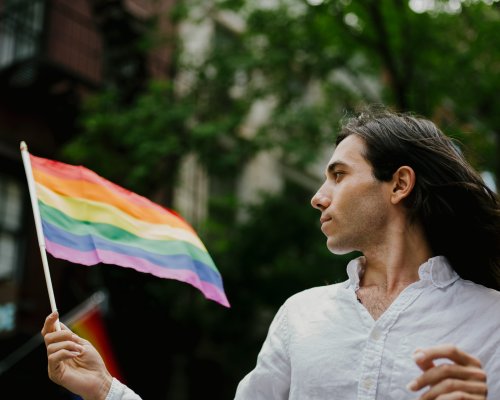 A Victim of Chechnya's Anti-Gay Purge Speaks Out: 'The Truth Exists'
Next Up: Editor's Pick