Four teenagers have been charged with hate crimes for an attack on a lesbian couple on a London bus in May that left the women bloodied and needing hospital treatment.

Melania Geymonat and her girlfriend Chris (who did not give media her last name) said their attackers had demanded they kiss, and assaulted them after they refused.

A photograph of the two women went viral online after the suspected homophobic attack.

Geymonat needed surgery to reset bones in her nose, and Chris needed hospital treatment for a fractured jaw. They also had their belongings stolen, they said.

The pair had asked a witness on their night bus to take the photograph after the attackers fled, and they posted it online days later.

“We must have kissed or something because these guys came after us,” Geymonat said in a Facebook post. “They started behaving like hooligans, demanding that we kissed so they could enjoy watching, calling us ‘lesbians’ and describing sexual positions.”

Geymonat later told media: “We decided to tell the story because this situation needs to change, and maybe this helps a little. For me, it was a moral obligation. This needs to stop. This was a terrible episode, and maybe [if] we say something, we can contribute to something bigger.”

One 15 year-old, two 16 year-olds and one 17 year-old, all from London, were charged by London’s Metropolitan police on Thursday for hate crimes and handling stolen goods. They will appear in court on Aug. 21. 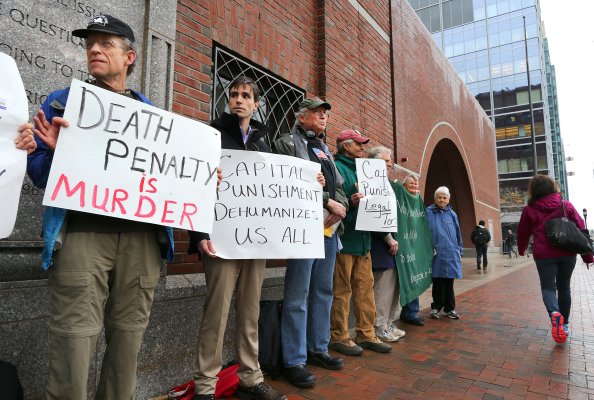