Google and Facebook Inc. are facing a regulatory crackdown in Australia after an inquiry highlighted concerns about their market power and impact on the media industry, adding to a barrage of global action against the technology giants.

A final report from Australia’s competition watchdog released on Friday called for greater anti-trust scrutiny of the dominant U.S. tech companies, recommending penalties and deterrents be imposed for inappropriate storage and use of personal data and breaches of consumer and competition laws.

“The world has never before seen so much commercially sensitive and personal data collected and aggregated in just two companies,” Treasurer Josh Frydenberg told reporters in Sydney. The government will announce what recommendations in the Australian Competition and Consumer Commission report that it will support through new regulation by the end of the year, he said.

The recommendations continue years-long attempts by regulators worldwide to loosen the companies’ grip on everything from advertising and search engines, to news, data and elections. The European Union has fined Google 8.2 billion euros ($9.1 billion) over the past two years for antitrust violations, while on Wednesday Facebook agreed to a $5 billion settlement in the U.S. over privacy concerns.

Facebook faces a slew of regulatory investigations and potential antitrust scrutiny in its home country, and on Thursday the Federal Trade Commission said it’s investigating whether the company violated antitrust laws through social media, digital advertising and mobile applications.

The 23 recommendations delivered in the ACCC’s final report include making unfair contract terms illegal, updating merger laws to recognize the importance of data and creating code-of-conduct laws for media companies.

“Our legislative and regulatory framework could not and did not anticipate such a new paradigm,” Frydenberg said, adding that the government accepts the report’s conclusion on the need of industry reform and will hold a 12-week consultation process before announcing its response.

The watchdog has expressed concern about a lack of transparency in how key algorithms function at Google and Facebook, and said a new or existing watchdog should investigate how large digital platforms rank and display adverts and news. The regulator said the companies’ advertising dominance had led to cuts at traditional publishers, and fewer journalists working to expose corruption and hold governments and institutions to account.

U.S. lawmakers have lambasted Facebook for failing to stop a flood of Russian propaganda during the 2016 election, while President Donald Trump has repeatedly complained about supposed bias against conservatives at social media companies and has said the U.S. government should sue Google and Facebook for unspecified wrongdoing.

Social media companies have also come under fire for allowing violent and extremist material to spread too easily after the New Zealand mosque massacres in March were live-streamed on Facebook. G-20 leaders meeting in Osaka in June called for online platforms to do more to prevent and detect such content. 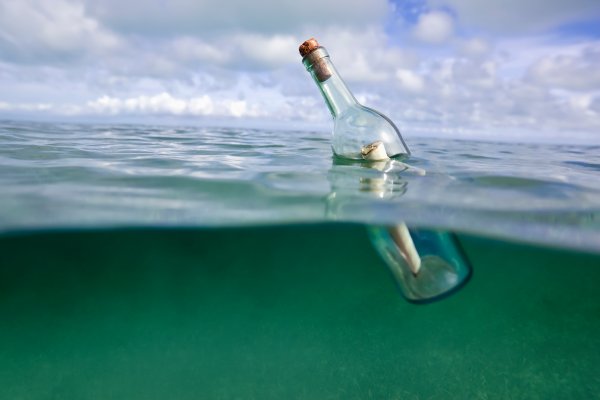 Man Who Wrote Message in Bottle 50 Years Ago Has Been Found
Next Up: Editor's Pick