A girl reacts as she tries an iPhone X at the Apple Omotesando store on November 3, 2017 in Tokyo, Japan.
Tomohiro Ohsumi—Getty Images
By Mark Gurman and Ian King / Bloomberg

Apple is buying Intel’s struggling cellular modem unit, bringing on key engineering talent and patents that will allow the technology giant to more quickly develop crucial components to connect its devices to the mobile internet.

The deal is valued at $1 billion, Intel said in an announcement included in its quarterly earnings report Thursday. Intel sought to shed the unit because Chief Executive Officer Bob Swan decided it was costing the chipmaker too much money to support just one customer, which is Apple. The deal will give Apple 2,200 employees and now a holding of 17,000 wireless patents, the companies said.

Apple has been using Intel modems exclusively in iPhones since last year. But after having settled its long-standing royalties lawsuit with Qualcomm Inc. in April, it will go back to using that company’s 5G cellular modems for future versions of products like the iPhone. Qualcomm was the first to offer such technology at a mass scale and was on track to have its second-generation chip in the market before Intel released its first. Eventually, Apple wants to shed all third-party partners and bring modem production in-house, a move that the deal with Intel should help expedite.

Apple has been working on its own modem technology for the past couple of years and has established development centers, including in San Diego, a hotbed for modem development and Qualcomm’s backyard, to support the effort. In recent months, Apple has been ramping up hiring from Intel and Qualcomm to work on 5G modems.

Earlier this year, before settling with Qualcomm, Apple re-located its modem engineering team, moving it from the main hardware-engineering group under longtime vice president Ruben Caballero, into the hardware-technologies division led by senior vice president Johny Srouji. Caballero has since left the company. The settlement with Qualcomm helps Apple in part to be able to bring a 5G iPhone to market next year after Intel missed deadlines and featured inferior performance, according to people familiar with the series of events.

By planning to develop its own modems, Apple will not need to rely on a third-party designer for such a key part. Selling its own modems would follow the long-time Apple playbook, which is to design critical components internally. Apple already designs the main processors for its mobile devices and eventually plans to do the same for Mac computers. The company also built its own graphics engines, wireless chips and is exploring custom batteries and screens.

The deal with Intel is similar to one struck by Apple to pay Dialog Semiconductor Plc. $600 million for its power management business, the provider of another key component for Apple’s devices. 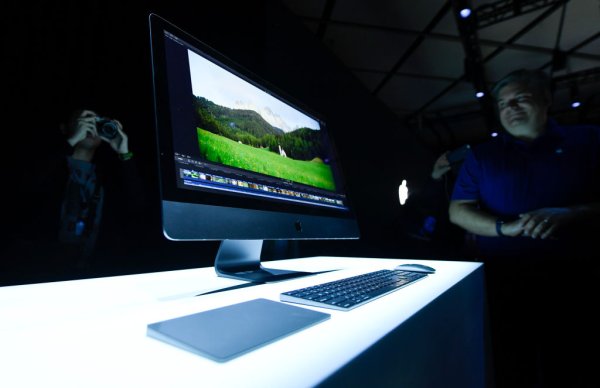