Germany saw its all-time heat record broken on Wednesday, with a new high expected later Thursday, according to the DWD federal weather service. Residents in Paris, London and Brussels fought to stay cool as temperatures soared 10 degrees Celsius (18 degrees Fahrenheit) above July averages, making those cities hotter than Singapore and Cairo. Forecasters said the U.K. could get its warmest day on record Thursday.

The heat is drying up some of Europe’s busiest rivers, making stretches of the Danube impassable to cargo and cruise ships and prompting at least eight nuclear reactors in France to scale back output. In London, engineers on the Underground railway network warned passengers to expect delays if tracks buckle.

“The likelihood of two record-braking heatwaves have almost certainly gone up due to climate change,” said James Screen, climatologist at the University of Exeter in southern England. “More hot extremes is one of its simplest and well-understood effects.”

Temperature records may shatter in the U.K., as southeast England is forecast to reach 39 degrees Celsius (102 Fahrenheit) on Thursday, according to the Met Office. France is also getting sweltering weather, with Paris seen peaking at 42 degrees Celsius (nearly 108 degrees Fahrenheit), Meteo France says. Cooler weather is due from Friday.

On Wednesday, temperatures in the Netherlands reached a new all-time high of 39.1 degrees at a military airbase just north of the Belgian border, breaking a record that stood for 75 years, according to the country’s meteorological office. Belgium posted a new highest temperature of 39.9 degrees for the first time ever, according to the country’s meteorological institute.

In Germany, officials at the DWD federal weather service issued heatwave and wildfire warnings after all-time highs on Wednesday. The temperature soared to 40.5 degrees in Geilenkirchen near the Belgian border.

Wildfires in Sweden along with increasingly violent storms in the Mediterranean and a drier Rhine River in Germany have unsettled voters, some of whom joined protests in the past few months.

Electricity prices in France spiked to their highest level since February as consumers turned on fans and air conditioning units. The utility Electricite de France SA dialed down nuclear reactors after river waters used to cool the power units became too warm. The heat also is curbing expectations for corn yields this season.

Water levels in Germany’s Rhine river fell closer to the crisis levels seen last summer, increasing concern that the waterway could become impassable to shipping for a second consecutive year. Utilities depend on the river to bring coal to power stations.

In Britain, the Salvation Army asked members of the public to provide water and sunscreen to the country’s homeless people.

“What makes this year’s heatwaves so unusual is they have both been relatively early in the year, and have not occurred following a prolonged spell of warmth,” said Simon Lee, climatologist at the University of Reading. “This year, it seems it’s been easier to achieve these unusually high temperatures, which has given enough time in the season for it to happen more than once.”

Changes to the jet stream, which would normally blow in cooler weather from the Atlantic Ocean, are contributing to the build-up of hot and dry conditions over the continent. That has turned a few sunny days into dangerous heatwaves, according to Dim Coumou, a climatologist at the Vrije Universiteit Amsterdam.

The heatwave is the third to hit Europe this year after a similar weather pattern pushed temperatures above 20 degrees for several days in February, sparking wildfires in northern England and the Alps. A June heatwave broke temperature records in France and saw wildfires ignite in Germany, Portugal and Spain. 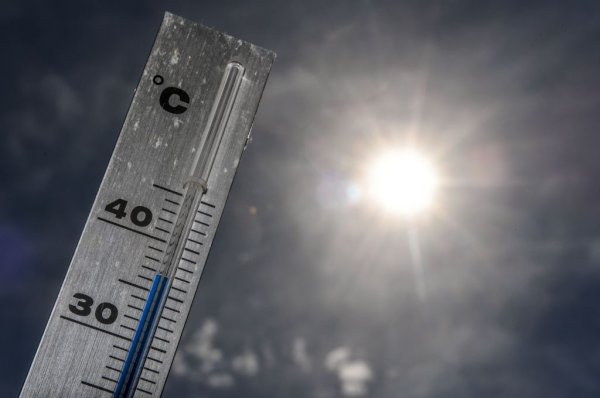 June Was the Hottest Month on Record Globally
Next Up: Editor's Pick