Wellness retreats, escape rooms and book clubs may not be typical settings for riveting page-turners. But for the characters in these novels, games and getaways carry life-or-death stakes. Though the dangers that lurk are of the usual variety–the protagonists’ own dark pasts, for example–the most insidious are the anxieties attendant to privilege.

Lana Stone didn’t intend to follow her egg donor, a Columbia student named Katya Dimitrova, off the subway car. Nor did she mean to strike up a friendship with her or go clubbing together soon before the woman she was never supposed to meet disappeared. But a newly pregnant Lana keeps those details to herself when the police start asking questions.

In Petrova’s suspenseful debut, Lana’s situation only devolves from there. Her ex, a Columbia professor who left her after several failed rounds of IVF, seems to have some connection to the missing student. And the fact that Lana has the most to gain from Katya’s disappearance–ensuring that the donor will never attempt to interfere with her child–raises suspicions as the investigation proceeds. Desperate to find answers and maintain her innocence, Lana digs up chilling truths about the woman to whom she owes so much.

Never Have I Ever, Joshilyn Jackson

Amy Whey enjoys the normalcy of her life in the Florida suburbs. She makes up one half of a stable marriage, teaches driving lessons and runs a book club with other local moms. But one night, when she and the group gather for their usual trio of wine, gossip and book talk, their routine is upended by a newcomer.

Angelica Roux, who has just moved to town, redirects the conversation from the latest novel, enticing the women with a new game that involves answering questions about their personal lives. Most of the group leans into the naughty nature of the invasive inquiries, but Amy is skeptical. She has something to hide–and Roux knows it. In a moment alone, the stranger tells Amy that she knows her truth and wants her to pay for it. As the night unfolds, best-selling author Jackson packs in dramatic reveals about the women’s complex histories, as Amy searches for a way to outwit Roux and protect the life she’s worked so hard to build.

The Turn of the Key, Ruth Ware

For Rowan Caine, working as a nanny for the Elincourt family seems too cushy to pass up. The pay is generous, the children well-behaved and the family’s smart home outfitted with every modern luxury. Previous nannies had quit, claiming the house was haunted, but Rowan doesn’t believe in that stuff–or so she thought.

Veteran crime novelist Ware ratchets up the suspense when her protagonist is left home alone with the Elincourts’ young daughters. As a more unruly side of her charges emerges, Rowan begins to hear strange noises and discovers a disturbing number of surveillance cameras planted around the house. Just as the image of the perfect family starts to erode, one of the girls ends up dead under her watch–and Rowan finds the finger pointed in her direction.

Wellness retreats can be life-changing experiences for the clients who shell out to experience them. The four women in Smith’s latest mystery novel could certainly say that about their time at the Sanctuary, one such haven in the Catskills–but not in the typical way. For these characters, a getaway meant to foster tranquility instead proves deadly.

Katie Manning is a former child star who’s seen better days, now living with her brother and his fiancée in New York City. In an effort to get to know her future sister-in-law, Katie agrees to a trip upstate and invites two of her college friends to join. Each of the four is avoiding something–one faces debilitating debt, another struggles with depression–and eager to find some inner peace.

At first, all seems agreeable, if a little outside their comfort zones: they have to surrender their cell phones and keep to a vegan diet. But then the group gets to know “Dr. Dave”–a self-care guru and YouTube personality who runs the program with his wife. Dave probes their anxieties in unsettling ways in the name of personal transformation, forcing Katie to revisit painful memories. When a guest goes missing, any vestige of serenity quickly gives way to violence and confusion. The four women must reckon with decisions they’ve made in the past as they fight to preserve their safety and their sanity.

What’s worse than being stuck in an elevator? For the characters in Goldin’s addicting debut, it’s the company within its four walls. Vincent, Jules, Sylvie and Sam are overworked, hypercompetitive colleagues at a financial firm, on their way to participate in an escape-room activity mandated by their human-resources department. But as they ride the elevator to their final destination, the lights turn off and the floor shakes. Suddenly, they’re trapped.

The four investment bankers soon learn that the elevator itself is the escape room, and they must complete a puzzle to be freed. Confronted with challenging clues, they begin to tear into one another’s psyches, admitting to the betrayals they’ve committed in the name of one-upping their peers. Hours turn into days, and as the stakes intensify, they’re forced to come to terms with the dark choices they’ve made to get ahead–and whether they can make an even darker one in the name of survival. 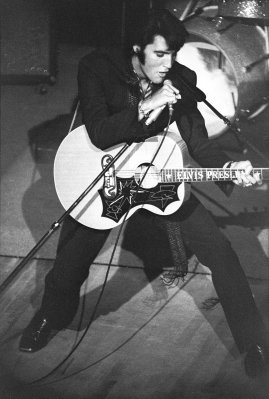 Inside the Las Vegas Show That Turned Elvis' Career Around
Next Up: Editor's Pick