Protesters clash with police amid tear gas after taking part in an anti-extradition bill march on July 21 in Hong Kong.
Chris McGrath—Getty Images
By Amy Gunia

More than six weeks after they began, protests in Hong Kong show no sign of easing up. Sparked by a proposed extradition bill that would allow suspected criminals to be sent to face trial under China’s opaque legal system, the protests took a darker turn on July 19, when police seized a cache of explosives and weapons at a warehouse and arrested three men allegedly linked to the protest movement. Two days later, a group of masked men attacked civilians at a train station, injuring dozens.

The city has become increasingly polarized, as protesters say Beijing is eroding the autonomy Hong Kong maintains under the “one country, two systems” model. Hong Kong’s Beijing-appointed leader, Carrie Lam, has declared the extradition bill “dead” but has not officially withdrawn it. On July 21, protesters clashed with police, who fired tear gas and rubber bullets at them. Some surrounded the Chinese government’s office, hurling eggs and spray-painting obscenities on its walls.

That same night, police were nowhere to be seen when men armed with wooden sticks stormed a train station near the Chinese border and terrorized commuters. Believed to be members of Hong Kong’s “triad” gangs, they indiscriminately attacked pro-democracy protesters, journalists and bystanders in the most brutal protest-related incident to date. Over a two-hour period, at least 45 people were injured. Authorities were accused of doing little to stop the attack but have since arrested several men, some with links to triad gangs.

The path out of the standoff remains unclear. Lam expressed “regret” over the July 21 attacks but did not offer concessions that might calm an outraged public. More protests are planned in the days and weeks to come. If violence becomes more common, Beijing may be more likely to step in to quell the protests, which have turned into a revolt against its hold over the region. But for now, it looks set to be a long summer of rebellion in Hong Kong. 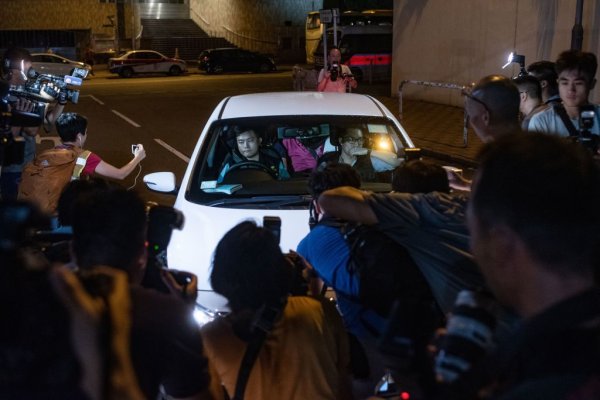