Macy’s has pledged to remove dinner plates from its stores after receiving backlash that messaging on them “fuels eating disorders.”

On Sunday, CBS Science Correspondent Ali Ward tweeted a picture of the plates, calling them out. The photo she used showed a plate with three circles, labeled according to how much food was on the plate. The labels read “mom jeans” for the largest circle, “favorite jeans” for the medium one and “skinny jeans” for the smallest.

“How can I get these plates from Macy’s banned in all 50 states,” Ward said. The tweet caught fire and has over 37,000 likes at the time this writing.

The plates were made by Pourtions, a brand whose items are sold in Macy’s in-store shop called Story. According to the Pourtion’s site, the tableware is supposed to provide “helpful and hilarious visual cues.”

The Macy’s Twitter account shortly responded to Ward saying “we appreciate you sharing this with us and we agree that we missed the park on this product.” They vowed to remove the product from all Macy’s locations.

In a statement sent to TIME, Pourtions President Mary Cassidy said that they didn’t intend for the phrases on the plates to offend anyone.

“As the creators of Pourtions, we feel badly if what was meant to be a lighthearted take on the important issue of portion control was hurtful to anyone. Pourtions is intended to support healthy eating and drinking,” the statement said. “Everyone who has appreciated Pourtions knows that it can be tough sometimes to be as mindful and moderate in our eating and drinking as we’d like, but that a gentle reminder can make a difference. That was all we ever meant to encourage.”

After Ward’s initial tweet, many people responded on social media, calling the phrasing “awful”, “unacceptable” and that the plates were “promoting eating disorders and body shaming.” 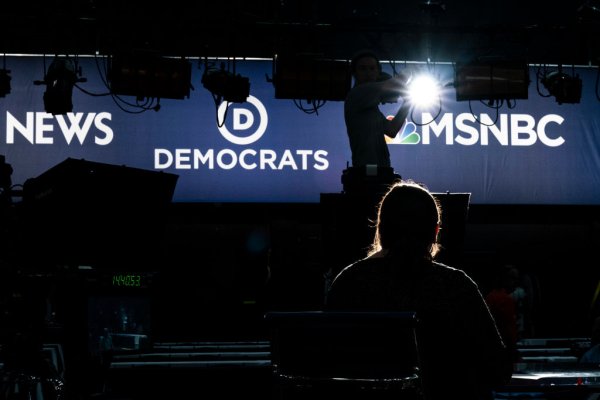