Two Gretna, La., police officers have been fired after attacking U.S. Rep. Alexandria Ocasio-Cortez on Facebook last week, where one of them seemed to insinuate that she should be shot, according to the Associated Press.

In a social media post made last Thursday, officer Charlie Rispoli shared a false news item with a fabricated quote from Ocasio-Cortez, claiming that she said, “We pay soldiers too much,” according to the Times-Picayune/the New Orleans Advocate. Rispoli responded in the post by calling her a “vile idiot” and said she “needs a round, and I don’t mean the kind she used to serve.”

A “round” is another name for a bullet or cartridge. With the “serve” comment, Rispoli is most likely referencing Ocasio-Cortez’s time working as a bartender.

The fake story that Rispoli shared was from a site named Taters Gonna Tate, which claims to be a satirical and parody news site. On the site’s About Us page, it professes its purpose saying, “Our mission is to do our best to show [conservatives] the light, through shame if necessary, and to have a good time doing it…”

The Gretna Police Department did not respond to multiple requests for comment, but Chief Lawson was disturbed when he saw the post on Friday, according to the Times-Picayune/Advocate.

“I will tell you this: This will not go unchecked,” Lawson said, according to the Times-Picayune/Advocate. “I’m not going to take this lightly and this will be dealt with on our end. It’s not something we want someone that that’s affiliated with our department to make these types of statements. That’s not going to happen.”

Gretna Police Chief Arthur Lawson announced Monday that Officer Rispoli was fired for making the post and the other officer, Angelo Varisco, was fired for liking it, according to the Associated Press.

Police officers across the country are facing backlash, after Plain View Project, a nonprofit organization, released a report in June showing over 3,000 social media posts from former and current police officers.

In response, the Philadelphia police department took 72 officers off the street over offensive posts.

Chief Lawson said that both of the Gretna Police Department officers cooperated with the investigation and that he believed neither one of them had any intention of being violent, the AP reported. 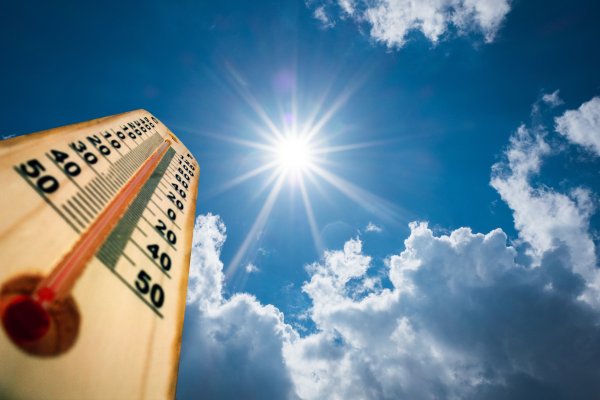 Thousands of Michigan Homes Lost Power Amid Serious Heatwave
Next Up: Editor's Pick