A Passenger Was Fined $105,000 and Banned for Life for 'Extremely Disruptive Behavior' on an Airplane

An unruly passenger has been billed $105,000 after her “extremely disruptive behavior” caused a flight to be diverted with a military escort.

British budget carrier Jet2 accused passenger Chloe Haines of “a catalogue of aggressive, abusive and dangerous behavior,” including trying to open the aircraft door, during a flight from the U.K. to Turkey.

The airline said in a statement Haines was restrained by crew with the help of other passengers as two military fighter jets escorted the aircraft back to London Standsted. Jet2 said the jets caused a sonic boom that was heard for miles.

Upon landing back at the airport, police boarded the plane and arrested Haines, who is accused of assault and endangering an aircraft.

In addition to the bill, which Jet2 said accounted for costs incurred in diverting the flight, Haines has been banned from the carrier for life.

“Miss Haines’ behavior was one of the most serious cases of disruptive passenger behavior that we have experienced,” Jet2.com CEO Steve Heapy said in a statement.

“As a family friendly airline, we take an absolutely zero tolerance approach to disruptive behavior, and we hope that this sobering incident, with its very serious consequences, provides a stark warning to others who think that they can behave in this fashion,” he added. 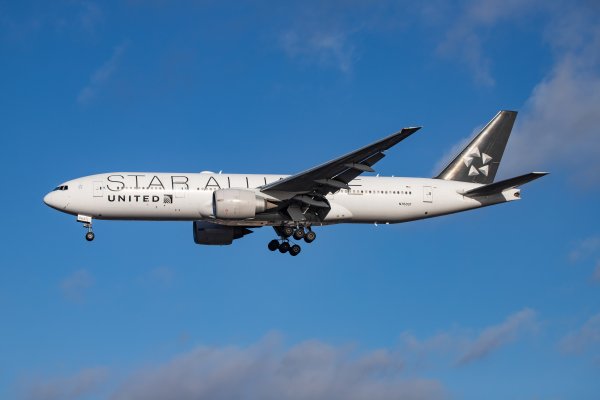 Could Your Cell Phone Really Crash Your Flight? On 2 Popular Boeing Jets, There's a Risk
Next Up: Editor's Pick