The Internet Is Changing the English Language. Is That a Good Thing?

Because Internet offers a history of the web, an introduction to linguistics and a survey of the most fascinating research from her field.
Kim Bubello for TIME
By Katy Steinmetz

For more than 600 years, English speakers used because as a conjunction meaning “for the reason that,” dutifully following it with a full clause of explanation (or at least the word of). Then, a few years ago, this old standby suddenly began bursting with new life, as people started using it to form terse, cheeky rationales in a manner that defied all grammatical decorum: How do you know climate change is real? “Because science.” Why are you sleepy? “Because burrito.” Academics went aflutter, debating whether because had evolved into a preposition and which types of nouns fit this newfangled construction. But there was little disagreement on the driving force behind the change.

The title of Gretchen McCulloch’s new book, Because Internet: Understanding the New Rules of Language, is a homage to this kind of linguistic metamorphosis — evolution made possible by the ascendance of the web and the unprecedented explosion of informal writing that has come with it. Her aim is to explain how the Internet has shaped language, as billions of people have become authors and found ways to type out the flirtations ( 😘) and frustrations (aklefj;awkjfdsafjka!!!) and quotidian blurghs that for centuries existed only as informal speech.

McCulloch is an Internet linguist (yes, that is a real job), and her book about Internet language is, fittingly, a mash-up drawn from academic and Internet cultures. She breaks down concepts like diglossia — an instance when two varieties of a language are spoken in the same community — as she casually deploys online speak like “meatspace” (the physical world, opposite to cyberspace). In some measure, Because Internet offers a history of the web, an introduction to linguistics and a survey of the most fascinating research from her field, including a study that took advantage of geotags on social media to show how new slang words spread from place to place. Her opus is also a well-researched retort to grumpy grammarians who think technology is turning kids into lazy, inarticulate drivelers. On the contrary, she argues, it’s making us more creative in our writing than ever before.

McCulloch is a scholar, pundit and podcaster who frequently appears in the media to explain whatever That New Thing on the Internet means. She is also a pillar of the online community known as Linguist Twitter. In a recent bit of research on that platform, she put up a poll, asking, “What does :P mean to you?” Of the more than 1,100 people who responded, 66% said the tongue-out emoticon was flirtatious or cutesy, 8% said it conveyed exasperation, and 20% said it checks both boxes. Some noted that they use it for other purposes, like acknowledging they’ve made a corny “dad joke.” Such are the “exquisite layers of social nuance” that McCulloch demystifies throughout her book as she analyzes the linguistic impact of chat rooms, text messages, social networks and memes.

The formal, unemotional writing we were all taught in the classroom simply won’t do in places designed for virtual mingling, McCulloch explains. And she breaks down the many ways we’ve managed to use keyboards to restore the dynamism of face-to-face interaction. For a start: We tap all caps when we feel LIKE SHOUTING. We utilize emojis when we need to gesture, replacing those extended hands and arched eyebrows that can crystallize the meaning of vague words. We use the abbreviation lol not just to mean “laughing out loud” but also to diffuse slightly awkward situations or to offer empathy. And we lengthen words to show just how much we feeeeeeeeel.

For those well versed in the ways of the web, Because Internet will offer insight into how we are, often unwittingly, signaling our identity through the language we use online each day. For those who aren’t familiar with lolcats, the book can serve as something of a guide. The only audience McCulloch doesn’t cater to are the gripers who believe English is a precious urn to be maintained rather than, as she puts it, a splendidly “living, moving” thing. 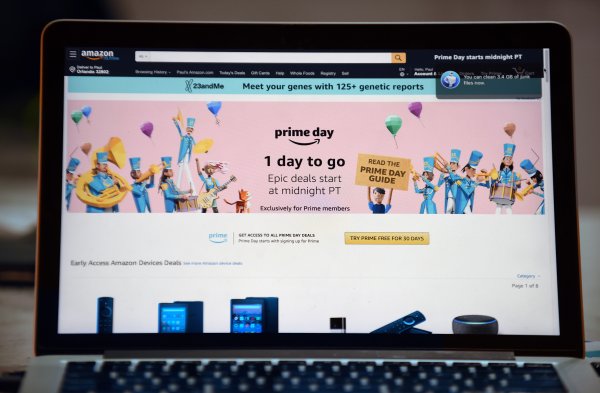 Here Are the Best Amazon Prime Day Deals for Readers
Next Up: Editor's Pick