Spanish police said Tuesday that a Colombian man was detained at Barcelona’s international airport for trying to smuggle cocaine into the country under a toupee.

The unnamed man, who arrived on a flight from Bogota, attempted to hide cocaine worth $34,000 under a large hairpiece covered by a hat, reports Reuters. The drugs weighed about one pound.

Reuters reports that the man aroused the suspicion of police due to his nervous appearance and unusually large hairpiece.

“There is no limit to the inventiveness of drug traffickers trying to mock controls,” the police said in a statement cited by Reuters.

Police posted a photo of the man on their Twitter account, apparently still wearing the toupee with the contraband stowed underneath it.

More than 220 pounds of cocaine were seized by police at the airport last year, according to Reuters. 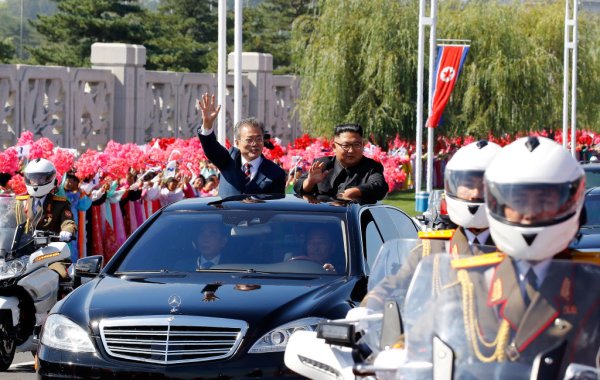 Here's How North Korea Gets Luxury Goods Despite Sanctions
Next Up: Editor's Pick