A vintage French “King Kong” poster, a Jean-Michel Basquiat drawing, and several luxury watches are among the latest haul of returned treasures that were allegedly bought with money stolen from the Malaysian 1MDB state fund.

“Wolf of Wall Street” producer Joey McFarland agreed to hand over the items that he said he received as gifts from Low Taek Jho, the alleged mastermind behind the theft of billions of dollars from the Malaysian fund, and his accomplices, according to a filing Monday in Los Angeles federal court.

McFarland, who according to the Justice Department, co-founded Red Granite Pictures with Riza Aziz, the stepson of former Malaysian Prime Minister Najib Razak, said he didn’t know that the gifts may have been purchased with funds diverted from 1MDB.

According the U.S. forfeiture complaint, Aziz spent at least $5.4 million on collectible movie posters and the walls of his condominium in New York were covered with them. He also gave a number of them to McFarland, DiCaprio and Scorcese, according to the Justice Department.

Among the other posters McFarland agreed to return are Fritz Lang’s 1931 German film “M,” the 1956 science fiction classic “Forbidden Planet,” and “Cool Hand Luke” from 1967. 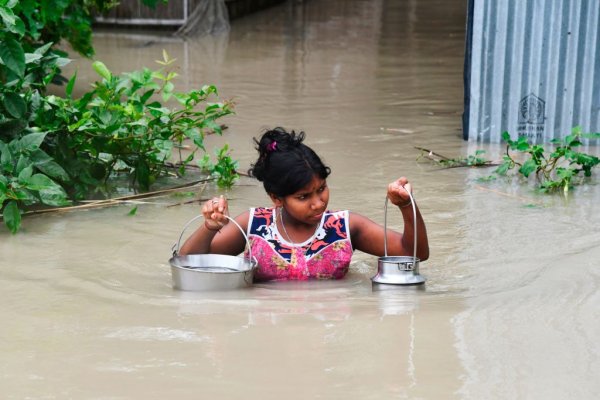 Millions Displaced by Monsoon Floods in South Asia
Next Up: Editor's Pick