(Bloomberg) — Former U.S. National Security Advisor Susan Rice sparred with a senior Chinese diplomat on Twitter in an unusual and heated dispute over race in Washington.

In a series of Tweets apparently aimed at making a broader point about diplomatic divisions over the mass detention of Muslims in China’s Xinjiang province, Lijian Zhao, a diplomat posted in Islamabad, said on Sunday that if “you’re in Washington, D.C., you know the white never go” to the southeastern part of the U.S. capital.

“You are a racist disgrace. And shockingly ignorant too,” Rice told Zhao on Twitter. Likely assuming that Zhao was posted in China’s mission in Washington, she then addressed her next comment to China’s ambassador to the U.S., Cui Tiankai. “Ambassador Cui, I expect better of you and your team. Please do the right thing and send him home.”

Zhao, who is deputy chief of mission at the Chinese embassy in Pakistan’s capital, is often vocal on Twitter against critics of China’s infrastructure-building projects in Pakistan and other parts of Asia. Beijing has invested tens of billions of dollars in Pakistan, whose leader Imran Khan has previously dodged questions about the issue.

“You are such a disgrace, too. And shockingly ignorant, too. I am based in Islamabad. Truth hurts. I am simply telling the truth,” Zhao fired back at Rice on Monday. “To label someone who speak the truth that you don’t want to hear a racist, is disgraceful & disgusting.”

In a string of messages that appeared aimed at highlighting U.S. hypocrisy on human rights, Zhao referred to everything from income inequality and school shootings in the U.S. to immigration officers separating children from parents.

He tweeted a list of mostly-Western nations that condemned China for its actions in Xinjiang as well as a separate list of other countries — including Pakistan, Cuba, Tajikistan and Nigeria — that wrote a joint letter to the United Nations supporting Beijing, which Zhao called “a big slap on the face of U.S. & its western cohorts.”

Earlier this year, China’s envoy to Canada publicly accused his hosts of “white supremacy,” while the country’s chief envoy in South Africa said President Donald Trump’s policies were making the U.S. “the enemy of the whole world.”

“I don’t know the specific situation,” he said. However, he added, “we resolutely oppose the interference of the U.S. and individual Western countries in interfering in China’s internal affairs with the Xinjiang issue.” 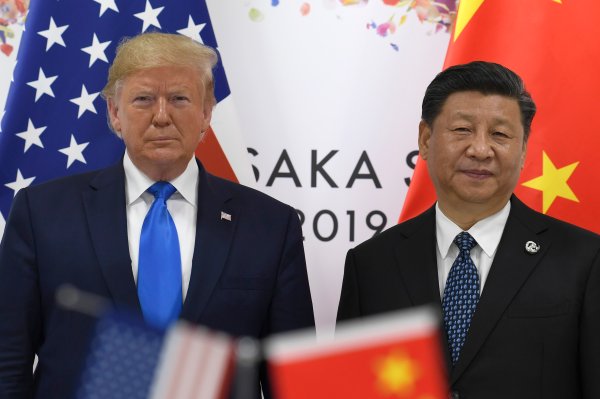