Leave it to Woody Harrelson’s face to score a major Wimbledon victory when you least expect it.

Meanwhile, the internet went wild for something else entirely: Woody Harrelson, the emotive spectator everyone was watching.

Captured by the cameras in his seat in the crowd, the Zombieland star made all of the faces during the heated match that saw Nicolas Mahut take a ball to the face and below the belt. (It happens. It’s tennis!)

Luckily for the folks at home, the TV announcers knew that in Harrelson, they had comedy gold. And the telecast couldn’t stop cutting to him for his reactions.

Harrelson had many noteworthy moves, including — but not limited to — reacting appropriately to Mahut’s injuries, getting blocked from his seat whilst enjoying a beverage, finally getting the clearance to reclaim his seat, and changing into a purple and green-festooned fedora, licking his mouth, and generally living it up.

The internet was quick to recognize that this was the real game.

In case you missed it, here’s a collection of Woody Harrelson’s Wimbledon memes.

The genre-hopping actor had a career full of interesting roles and some noteworthy ones recently including Three Billboards Outside Ebbing, Missouri, for which he nabbed an Oscar nomination. But his role in making tennis even more watchable stands out. 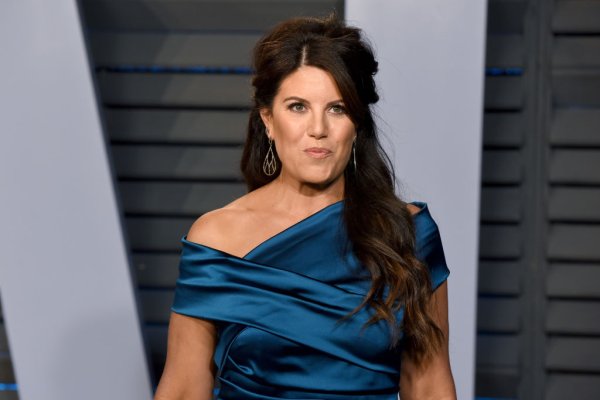 Monica Lewinsky Shares the Worst Career Advice She Ever Received. And It's Exactly What You Think
Next Up: Editor's Pick