U.S. Immigration and Customs Enforcement (ICE), officers arrest an undocumented Mexican immigrant during a raid in the Bushwick neighborhood of Brooklyn on April 11, 2018 in New York City.
John Moore—Getty Images
By Tara Law

Immigration and Customs Enforcement (ICE) is reportedly planning immigration raids in some of the U.S.’s largest cities on Sunday, but leaders in many cities want residents to know that it won’t be with the support of city police or other officials.

Officials in cities such as New York, Denver, Atlanta, Miami and Washington, D.C. have spoken out against the planned federal raids and urging immigrants to learn about their rights and to prepare their families ahead of the raids. Although President Donald Trump has argued that the raids will focus on “criminals,” serval mayors and police departments have argued that the raids will erode the community’s trust in law enforcement and even discourage people from coming forward to report crimes or give witness testimony.

Atlanta Mayor Keisha Lance Bottoms joined Miami Mayor Frances X. Suarez in criticizing the planned raids an appearance on MSNBC Friday. The two mayors agreed that they do not feel that illegal immigration is correlated with crime, with Bottoms decrying the raids as “unnecessary.”

“If anything, this hampers our ability to address crime in our communities, because you are driving communities underground. So that when people are victims of a crime, they are now afraid to contact the police and provide information,” Bottoms said.

Suarez added that he was never informed about the raids, and didn’t know why the city was selected.

“I don’t understand the rationale for for choosing Miami, and certainly it doesn’t get easier for us, as mayors, to keep our citizens, and those who are in our city, under a normal state of… peace and quiet and calm,” Suarez said.

In Denver, Mayor Michael Hancock joined with Police Chief Paul Pazen to criticize the raids. Both agreed in a Friday press conference, that the raids threaten the efforts officials have made to encourage immigrants to engage with the community.

Pazen emphasized that the Police Department will not assist immigration authorities.

“When we’re trying to build trust, when we’re trying to strengthen relationships with our community, we need to make sure that the people of Denver- all people of Denver- know and recognize that we don’t get involved in any kind of immigration enforcement and that we are here to help them, whether they are a victim, a witness [of a] crime or just trying to get by. We don’t ask the immigration status of any member of our community,” Pazen said.

Hancock decried the raids as “backwards.”

“How does it help, when parents can’t be involved in their children education, showing up to make sure that their welfare is cared for and their education is on track? How does that help this community as a whole?” the mayor said.

In San Francisco, Mayor London Breed and the city and county’s Office of Civic Engagement & Immigrant Affairs reminded residents that immigrants have rights.

The Metropolitan Police Department in Washington, D.C. issued issued a video in eight languages reminding district residents that the department does not coordinate with immigration officials.

“MPD has a long-standing policy that prohibits us from asking about citizenship or residency status when we interact with the community members. The bottom line is MPD does not enforce federal immigration laws,” Lt. Brett Parson said.

The New York City Police Department also tweeted a reminder that its officers do not ask about the immigration status of crime victims or witnesses, or other people asking the police for help.

“If you or a loved one are approached by federal immigration enforcement in your home, on the street or in public, remember: You have rights — and your city will help you fight for them,” de Blasio tweeted. 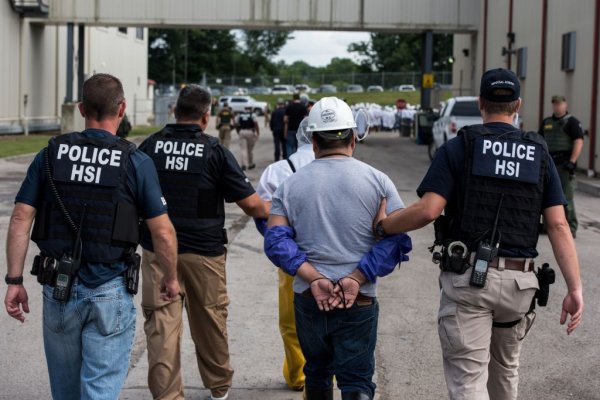