'Do Not Travel Due to Crime and Kidnapping.' Here's Where the U.S. Is Sending Asylum Seekers

Doctors Without Borders is arguing that the expansion of a Trump Administration program to leave asylum-seekers in Mexico while they await immigration court decisions will “put vulnerable people in danger.”

Previously, the program had been piloted in El Paso, Tex. But on Tuesday, the program expanded; 10 asylum seekers were deported from Laredo, Tex. to Nuevo Laredo, which is in the Mexican state of Tamaulipas.

The State Department warns that U.S. citizens should avoid travel to Tamaulipas because “violent crime, such as murder, armed robbery, carjacking, kidnapping, extortion, and sexual assault, is common. Gang activity, including gun battles and blockades, is widespread.”

“We cannot criticize a policy, but we are criticizing the consequences of these policies,” said Maria Hernandez, who is a project coordinator in Mexico for Doctors Without Borders, also known as Médecins Sans Frontières. “The decision that the United States government is taking, and the blind acceptance as well from the Mexican government of these migratory policies, is putting vulnerable people in danger.”

From January to May 2019, Doctors Without Borders reported that more than 45 percent of their 378 patients in Nuevo Laredo have suffered at least one episode of violence in the city as they waited to cross into the U.S.

Read More: President Trump Wants Asylum Seekers to Stay in Mexico. Here’s How That Would Work

The group said in a statement that Nuevo Laredo “is not a safe place to return refugees.”

“Some of the patients that we see are beaten, suffer death threats, or they are abducted,” Hernandez said, noting that other patients reported witnessing or being subjected to “extortion, rapes, sexual violence, and even homicide.”

José, a man from Honduras, was treated by Doctors Without Borders in Nuevo Laredo after being kidnapped at a bus station.

“When we got off the bus, some men dragged my brother and me away and took my sister somewhere else,” he told the Doctors Without Borders team, according to an email from the group to TIME. “After a few hours my brother and I were released, but she wasn’t. We still do not have any news of her. We paid five thousand dollars in ransom, which was all we had, but they have not released her.”

“I do not know who can help us,” José said. “We do not trust the police here.”

Margarita, a 36-year-old woman from Guatemala, recounted to Doctors Without Borders how she and her three daughters — ages 16, seven, and six — had narrowly avoided being kidnapped at a bus station in Nuevo Laredo. “They wanted to take my daughters,” she told Doctors Without Borders, according to an email to TIME. “I screamed with all my strength and we managed to escape.”

(The migrants’ names were changed to protect their confidentiality.)

In the upcoming weeks, it is possible that Trump will seek even more aggressive deportation policies if the currently agreed-upon measures, which include the expansion of the Remain in Mexico program to Nuevo Laredo and other locations, “have not sufficiently achieved results in addressing the flow of migrants to the southern border.”

Hernandez warned that deporting more asylum seekers to Mexico will “only benefit the criminal networks that feed on the misery.” Migrants and asylum seekers, like José and Margarita’s families, are especially at risk of becoming victims of violence and other crimes. “We know as a fact, that the most vulnerable people, or the most targeted by criminal groups, are these asylum seekers,” Hernandez said.

In light of her experiences, Margarita feels that it is not safe for her and her daughters to remain in Mexico. “Mexico is not an option for my family,” she said.

But while she, her husband, and three daughters wait for their U.S. asylum application to be processed, they will remain there, at least for now. “We want to follow the rules,” she said. “We are going to wait here as we have been asked.”

Below is the full text of the State Department travel advisory for Tamaulipas state: 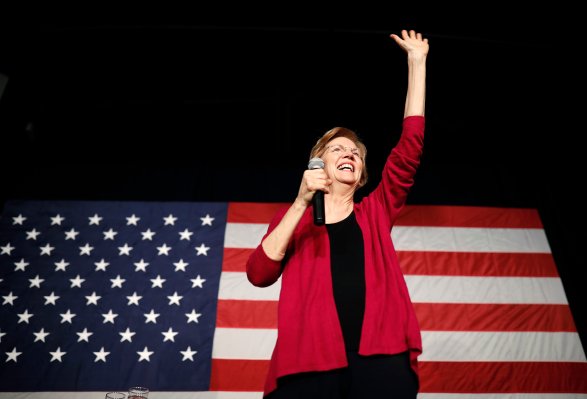