(Bloomberg)— President Donald Trump will announce an executive action to continue his fight to include a citizenship question on the 2020 U.S. Census, the latest sign he may not be dissuaded after being rebuffed by the Supreme Court.

The people, who asked for anonymity because the plan wasn’t yet public, said details of the announcement were still fluid.

In a tweet previewing a Thursday social media summit at the White House, Trump said, “At its conclusion, we will all go to the beautiful Rose Garden for a News Conference on the Census and Citizenship.”

Trump “is pushing everyone in the White House and the Department of Justice to find all the various ways he can” move ahead with plans to ask people their citizenship status as part of next year’s questionnaire, U.S. Citizenship and Immigration Services acting Director Ken Cuccinelli said Wednesday.

Trump said last week that he may issue an executive order to add the question, telling reporters that there are “a number of different avenues” for the administration to pursue.

A federal judge on Monday rejected a request by the Trump administration to assign a new legal team to a lawsuit that blocked the U.S. from adding the proposed citizenship question.

U.S. District Judge Jesse Furman in Manhattan called the government’s request “patently deficient,” adding that the U.S. had provided “no reasons, let alone ’satisfactory reasons,’ for the substitution of counsel.” He said the government has to show that replacing the team won’t add further delay to the suit.

The government has claimed the citizenship question would help enforce the Voting Rights Act, but opponents claim new evidence shows the true intention is to increase the political power of Republicans by skewing the results to favor white voters. 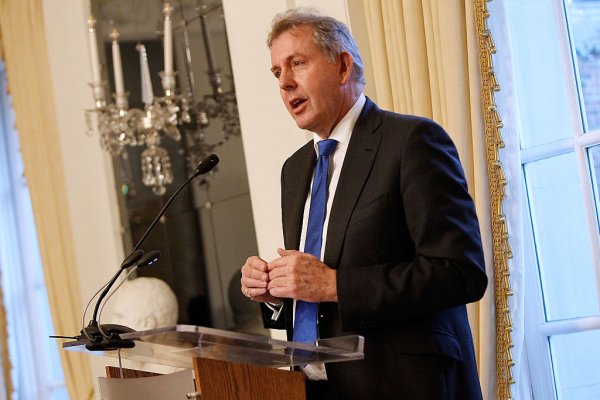 Trump Disinvites U.K. Envoy From Dinner in Diplomatic Feud
Next Up: Editor's Pick