How Parents of Dyslexic Kids Took to Their Statehouses and Won

“They’re well organized. They’ve got the time to do it. They’ve got the money and resources,” says Jasmine E. Harris, University of California, Davis, School of Law.
Illustration by Chris Gash for TIME
By Belinda Luscombe

A decade ago, just five states had any laws that mentioned dyslexia. Now if AB-110–a modest bill about developing a dyslexia guidebook–passes the Wisconsin senate and is signed by the governor, that state will become the 46th to have legislation specifically addressing the needs of children with that condition. This year alone, according to the website Dyslegia, more than 75 dyslexia-related bills are expected to be introduced in state legislatures.

Why the wave of laws around this learning disability? Legal experts, teachers and literacy advocates point to one organization in particular: Decoding Dyslexia, a decentralized group of parents who have used social media and online resources to mobilize, raise awareness, and lobby state and federal legislators. “They’re well organized,” says Jasmine E. Harris, a professor at University of California, Davis, School of Law who specializes in disability law. “They’ve got the time to do it. They’ve got the money and resources.”

Decoding Dyslexia started in 2011, when some parents–mostly mothers–in New Jersey discovered they were having almost identical struggles with different schools and districts. Their children had a hereditary disability, which had a treatment–dyslexic kids have to be taught to read more painstakingly, with special attention to what’s known as “phonemic awareness,” or the sound each letter makes–but the schools were unwilling or unable to provide the services they needed. “I wanted to talk to other parents about it,” says Kathy Stratton, an early member. “Having a child with dyslexia was kind of isolating in those days.”

The parents began to meet together and decided to get involved in the state’s reading disability task force. They brought kids and studies and stories of frustration and heartbreak. And they had some wins: in December 2012, six dyslexia bills were introduced into the New Jersey Assembly, three of which made it into law. After the group visited Washington, D.C., 10 of the state’s 12 Representatives joined the bipartisan Congressional Dyslexia Caucus.

It wasn’t long before parents across the U.S. began contacting them via social media and the New Jersey parents shared what they’d learned: they even produced a manual. By 2015, there were chapters in all 50 states and in Canada, agitating for laws that provide screening to detect the condition at a younger age, allow the kids access to assistive resources such as audiobooks and notetakers, mandate specialized teacher training, and offer more accommodations on tests and assignments. That same year President Obama signed the Research Excellence and Advancements for Dyslexia (READ) Act, which sets apart $2.5 million of National Science Foundation funding a year specifically for studying dyslexia.

While nobody is against kids learning to read, the efforts of groups like Decoding Dyslexia have not been universally appreciated. Studies find that dyslexics–about 5% to 15% of the population–have a particular neurological condition, an idiosyncrasy in the brain that makes it hard for them to associate letter and letter groups with sounds, but some educators are opposed to any emphasis on phonics. “As yet,” the International Literacy Association says in its statement on dyslexia, “there is no certifiably best method for teaching children who experience reading difficulty.” In fact, the Wisconsin State Reading Association opposes AB-110.

Even some disability advocates are uneasy about the broader impact of Decoding Dyslexia’s success. “Illiteracy is a huge problem nationally. But dyslexia does not equal illiteracy,” says Harris, who points to such socioeconomic factors as hunger and health issues that affect children’s learning. She worries about an equitable division of scant special-education resources. “I wouldn’t begrudge any group a greater awareness of a disability,” she notes. “But the pie is only so large.”

The parents, however, are undeterred. To this day, New Jersey mother and Decoding Dyslexia cofounder Liz Barnes notes, people still email her with one question: How do I do this here? 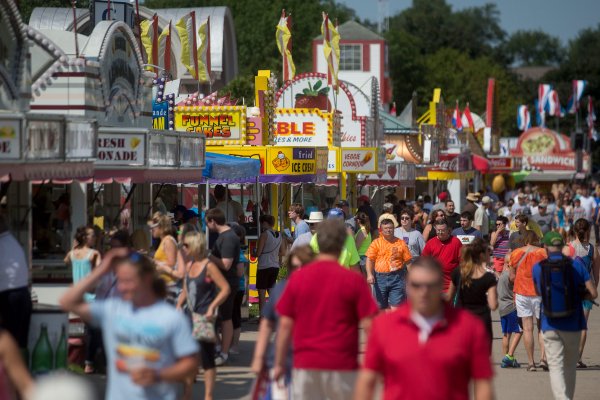 The Strange Allure of State Fair Food
Next Up: Editor's Pick