A Houston doctor says she was discriminated against when she was removed from an American Airlines plane and told to cover up by crew members on a flight from Jamaica last month.

Now, American Airlines is apologizing to Dr. Tisha Rowe, who was traveling with her 8-year-old son, after her social media posts about the incident went viral. The airline also says it has refunded Rowe and is investigating the incident.

Rowe says she was on board an American flight from Kingston, Jamaica, to Miami on June 30 with her son when the crew removed her from the plane and asked that she cover herself up with a jacket before she could board the plane again. Rowe tweeted that the airline provided her a “mandated blanket” to cover her outfit. Rowe was wearing a romper, which she tweeted was “island attire,” and added in her tweets that she has seen white women board planes with much shorter shorts without being asked to cover up.

“When defending my outfit I was threatened with not getting back on the flight unless I walked down the aisle wrapped in a blanket,” she tweeted.

Rowe called the experience “humiliating,” and said that black women’s bodies are “policed” and “over sexualized.”

Rowe also shared photos of herself in the romper she wore on the plane.

American Airlines spokeswoman Shannon Gilson tells TIME in a statement that the company was “concerned about Dr. Rowe’s comments, and reached out to her and our team at the Kingston airport to gather more information about what occurred.”

“We apologize to Dr. Rowe and her son for their experience, and have fully refunded their travel. We are proud to serve customers of all backgrounds,” the statement continues.

Rowe says the experience led to her son crying and that she was “disgusted” with the treatment she received.

American Airlines has a “conditions of carriage” that says passengers should “dress appropriately; bare feet or offensive clothing aren’t allowed,” but does not explicitly describe what constitutes as “appropriate.” 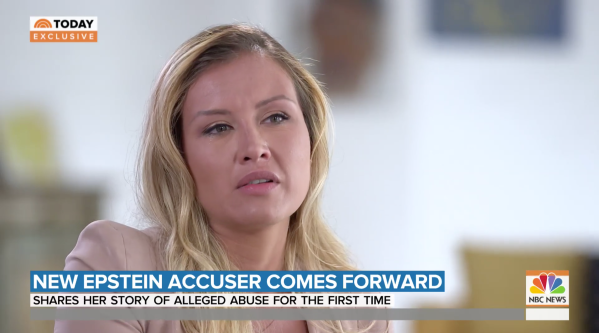 New Woman Alleges Jeffrey Epstein Assaulted Her at 15
Next Up: Editor's Pick