A group of eight climbers making their way up a Himalayan peak are seen roped together, trudging over a snow-covered path in their last moments before being hit by a deadly avalanche.

Video footage released by the Indo-Tibetan Border Police shows seven of the climbers as they tried to reach Nanda Devi, the second-highest peak in India, in late May. (The eighth climber was filming their trek.) The video clip, recorded at 19,000 feet with a GoPro device, ends before showing what happened next — border police said the screen went blank after a loud noise, according to the New York Times.

Border police recovered the footage after a search team of embarked on a mission to recover the bodies of the climbers last month. They were able to find seven bodies; the eighth — of group leader Martin Moran, a member of British Mountain Guides — remains missing. A longtime mountaineer, according to the British Mountain Guides, Moran led several expeditions throughout his life.

“Martin has been a member of our association for thirty-four years and within this close-knit group of fewer than two hundred individuals he has worked and climbed alongside nearly all of us,” the organization said in a statement. “Our thoughts go out to his family and friends and to those of his clients at this terrible time.”

Border police are using the clip to “analyze what went wrong with their mission,” spokesperson Vivek Kumar Pandey told the BBC. Pandey said a snow ledge could have given out due to the group’s weight, prompting the avalanche.

“The GoPro was proved to be like the black box of an aircraft, giving an insight into the last few moments of the climbers,” border police deputy inspector general A.P.S. Nambadia said during a press conference, the BBC reports. “It was mesmerizing for us to see the footage.” 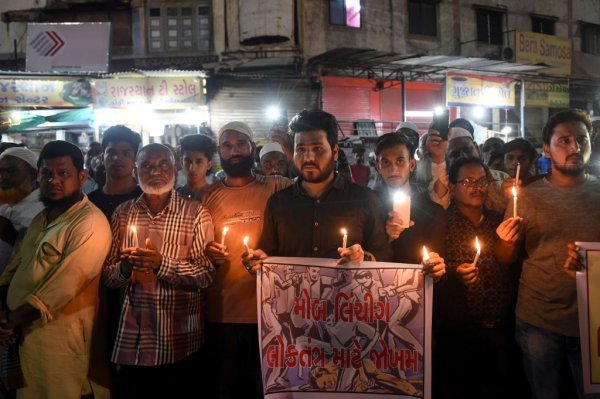 What a Rising Tide of Violence Against Muslims in India Says About Modi's Second Term
Next Up: Editor's Pick