Even though Ariana Grande is Vogue‘s August cover girl, the high ponytail-sporting pop star appears to have been upstaged by an unlikely star during the fashion shoot for her cover: her beloved dog, Toulouse.

In the Annie Leibovitz-lensed images shared from the feature, Grande, resplendent in a voluminous black gown and an even bigger black hat, is seen cuddling Toulouse on a beach. Toulouse, a beagle-chihuahua mix that Grande adopted in fall of 2013, is a frequent companion of the singer, so much so that the he’s made appearances in the music videos for her songs “No Tears Left to Cry,” “Thank U, Next,” and “7 Rings.”

Toulouse’s adorable cameo on the cover quickly became a talking point for the Internet, with even Grande herself weighing in on her pooch’s first Vogue appearance.

“Thanks for allowing me to be in the background of toulouse’s first Vogue cover @voguemagazine,” Grande joked in the caption of an Instagram post of her Vogue cover that she wrote on Tuesday morning.

Grande’s sentiments were shared by her fans online, who welcomed Toulouse’s turn as a cover star with enthusiasm. 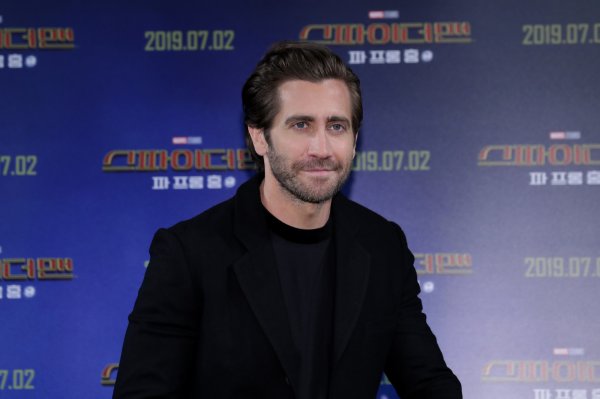 Jake Gyllenhaal Sounds Off With an Interesting Theory About Cabbage Patch Kids and Benedict Cumberbatch's Origin Story
Next Up: Editor's Pick