While Facebook and Twitter are reportedly still waiting for their invites, President Donald Trump has invited a cartoonist accused of creating “a blatantly anti-Semitic” illustration to a Social Media Summit at the White House.

Artist Ben Garrison, whose work often display alt-right themes and is a favorite of the popular pro-Trump Reddit community The_Donald, tweeted a picture Friday of his invitation to the White House for the summit the following week.

“Honored to be invited to the White House!” wrote the Garrison on Friday. “Thank you, Mr. President!”

Garrison, known for conspiracy-minded alt-right cartoons, created an illustration in 2017 that was slammed by the Anti-Defamation League for anti-Semitic imagery. It was apparently commissioned for a website created by radio host Mike Cernovich. Cernovich promoted the bizarre “Pizzagate” conspiracy theory, which eventually led to a North Carolina man firing an assault rifle in a D.C. area pizza parlor.

“The thrust of the cartoon is clear,” explained the ADL in 2017. “McMaster is merely a puppet of a Jewish conspiracy.”

Garrison’s website defends the cartoonist, saying, “Ben Garrison is neither racist nor anti-Semitic.”

President Trump, who has accused social media giants of anti-conservative bias, announced the Social Media Summit in late June. While Garrison was invited to the summit, sources told CNN that Facebook and Twitter were not. The summit will be held July 11.

In May, the White House opened an online tool asking users to share their alleged stories of social media bias directly with the President. 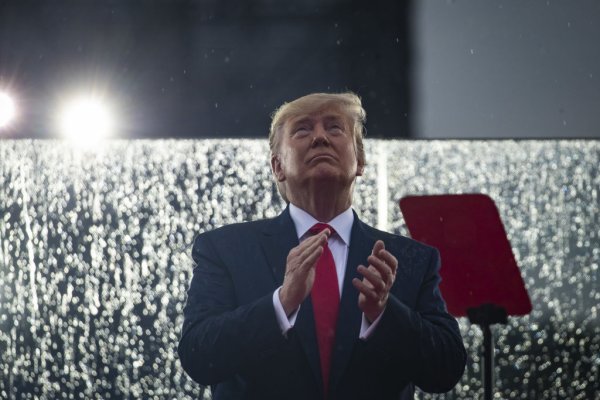 Trump Said Revolutionary War Troops 'Took Over the Airports'
Next Up: Editor's Pick