(Bloomberg)— Democratic presidential candidate Elizabeth Warren proposed a set of executive actions Friday as part of an effort to boost wages for women of color by imposing stricter rules for companies that seek federal contracts and diversifying the senior ranks of the federal government.

“For decades, the government has helped perpetuate the systemic discrimination that has denied women of color equal opportunities,” the Massachusetts senator wrote in a post on Medium announcing the policy. “It’s time for the government to try to right those wrongs — and boost our economy in the process.”

The plan comes ahead of Warren’s appearance at Essence Festival in New Orleans on Saturday where she will make her pitch to an audience of black women, a key constituency in the Democratic primaries. Polls show Warren trails former Vice President Joe Biden and Senator Kamala Harris in support from black voters by double digits. A Quinnipiac University poll this week showed Warren with 4% among black voters; Biden leads with 31%, followed by Harris with 27%.

Using executive actions, Warren said she would deny contracts to companies with poor records on diversity and equal pay and companies that use forced arbitration and non-compete clauses. She would also bar employers from asking applicants for past salary information and criminal histories.

Black or African-American women working full-time in the U.S. have median weekly earnings of $709, while Hispanic or Latino women earn $631, according to Labor Department statistics for the first quarter. That compares with $826 for white women and $1,033 for white men.

Federal contractors would be required to pay all workers a $15 minimum wage. She would also seek to diversify the senior ranks of the federal government by focusing on recruitment from minority-serving colleges, creating a fellowship program for minority and low-income applicants and requiring federal agencies to incorporate diversity into their strategic plans.

Warren also said she would direct the U.S. Equal Employment Opportunity Commission to closely monitor sectors, namely the low-wage service industry, that employ women of color and have high rates of discriminatory practices. 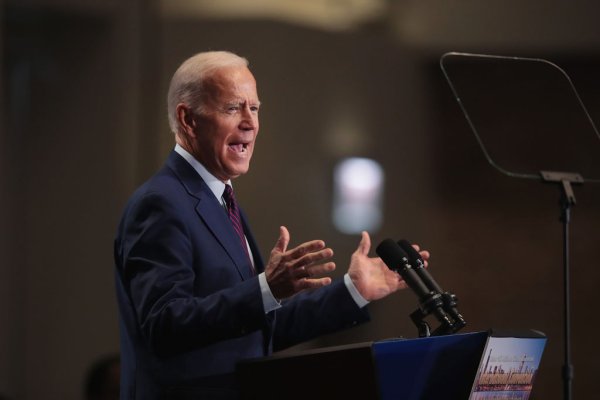 Biden Says He Wasn't Ready for Harris to 'Come After' Him
Next Up: Editor's Pick