Body camera footage from the night of October 1, 2017 shows Las Vegas Metropolitan Police Officer Cordell Hendrex paused in a hotel hallway for several minutes while a mass shooter attacked a crowd of country music concertgoers from the floor above him. The footage was made public in June 2018 as part of a Nevada Supreme Court decision to release related documents, videos and 9-1-1 calls made during the shooting.

Hendrex was fired by the police department on March 20 of this year “for performance of his duties,” according to the Las Vegas Metropolitan Police Department (LVMPD), who confirmed the decision in an emailed statement to TIME on Friday.

The department would not comment further, and says Hendrex’s case is currently in arbitration.

The Las Vegas Police Protective Association (LVPPA), a police union, told reporters Hendrex was fired because of his actions on the night of the shooting specifically, and believes firing him was the wrong decision.

“After they knew, he continued to work for the department,” LVPPA President Steve Grammas told the Las Vegas Review-Journal. (Hendrex remained employed as a police officer for more than a year after the shooting, and for nine months after the body camera footage was released.) “In our opinion, until it came up in the news and [LVMPD] started getting some heat is when they made this decision,” Grammas added.

On the night of October 1, Hendrex and a trainee on their first day at the LVMPD responded to the shooter at Mandalay Bay Resort and Casino who fired into a crowd at the Route 91 Harvest Festival. The trainee’s body camera footage shows that the two officers, along with hotel security, stayed on the 31st floor of the hotel for several minutes while the shooting took place on the 32nd floor. A final investigation reports the group took cover behind an alcove next to a hotel door for just over two minutes. The shooter’s attack lasted about 10 minutes, and 58 people were killed.

The Review-Journal reports that the trainee is still employed at the LVMPD.

“I know I hesitated and I remember being terrified with fear and I think that I froze right there in the middle of the hall for how long I can’t say,” Hendrex wrote in a police report. The LVPPA is currently helping Hendrex fight in arbitration to get his job back, according to the Review-Journal.

“Everybody talks about how they would respond to these things,” Grammas told the Review-Journal. “But no one knows until they are up against that evil.” 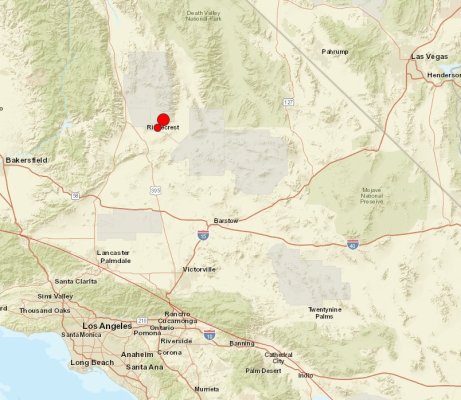