While some brands might be eager for social media influencers to peddle their wares online, one ice cream man is fed up.

Joe Nicchi, who runs the popular CVT soft serve ice cream truck in Los Angeles, is going viral for posting a photo to his Instagram page where he holds a sign saying that “Influencers pay double.” It was a strong stance against social media influencers, some of whom get freebies in exchange for goods or services.

Nicchi opened the bare bones ice cream truck in 2014 to sell just chocolate, vanilla or twist soft-serve ice cream out of a vintage Mr Softee. (The flavors he sells gave his truck the name, CVT Soft Serve.) While his $4 ice cream isn’t exactly pricey, Nicchi says he received a number of requests by social media influencers asking him to give them a cone for free in exchange for being featured in an Instagram Story or other social media post. Vice reports that when Nicchi was asked to serve ice cream to a 300-person event for free in exchange for exposure, he reached his breaking point, which he documented on Instagram. That’s when he decided to take a stand and posted his sign to his truck and his photo to Instagram.

It’s particularly grating to Nicchi and crew because they aren’t exactly dying for exposure. The year they opened they were named Best Food Truck in L.A. by LA Weekly, topped Los Angeles magazine’s best food truck listings in 2017, and they earned a mention as one of the Best Dessert Food Trucks again in 2018. They’ve been written up by Goop as part of a “Definitive LA Food Truck Guide”. Plus, they hosted a Bill Murray ice cream social that Bill Murray actually attended (and was covered by the national media, including Rolling Stone has been listed as one of the “five best things we ate” at food review site Zagat.

The ice cream truck owner told NBC Los Angeles that while he appreciates the offers, he is running a business and has bills to pay, bills that can’t be paid by exposure. He has now instructed his team “to ignore social media influencer inquiries altogether.”

In an ironic twist, the photo of Nicchi went viral after the image was posted to Reddit, and quickly made it to the site’s front page. As Nicchi now is his own social media influencer, hopefully he will use his powers for good. 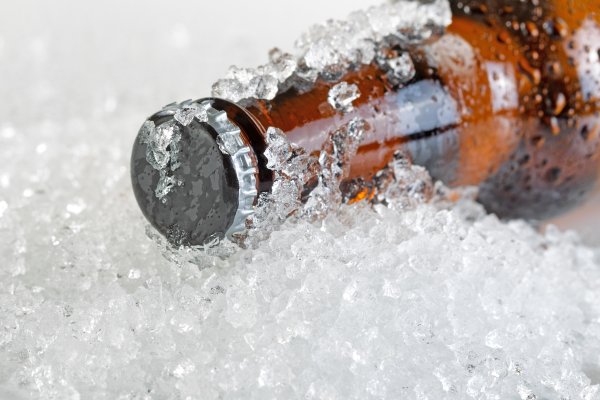 The Internet Has Accepted the Bottle Cap Challenge. It's Really Kicking Off
Next Up: Editor's Pick