Los Angeles Angels pitcher Tyler Skaggs was found dead in a hotel room in Southlake, Texas, on Monday afternoon. He was 27. The Southlake Police Department said in a statement no foul play is suspected and an investigation is ongoing.

“I am deeply saddened by today’s tragedy in Texas. All of us at Major League Baseball extend our deepest condolences to Tyler’s wife Carli, their family, their friends and all of his Angels’ teammates and colleagues,” said Major League Baseball Commissioner Rob Manfred in a statement. “We will support the Angels’ organization through this most difficult period, and we will make a variety of resources available to Tyler’s teammates and other members of the baseball family.”

Skaggs, nicknamed Swaggy, was born in Los Angeles and was drafted to the Angels in 2009 after graduating high school. He was traded to the Arizona Diamondbacks in 2010, according to the Associated Press.

“We are heartbroken with this tragic news,” said Diamondbacks CEO and President Derrick Hall in a statement. “Tyler began his Major League career as a Diamondback and he will always be remembered here as a great teammate and wonderful young man. His family is in our thoughts and prayers during this challenging time.”

He was reacquired by the Angels in December 2013. He won 28 games over the course of his career.

The Angels were scheduled to play the start of a four-game series against the Texas Rangers on Monday evening, but the game has been postponed. 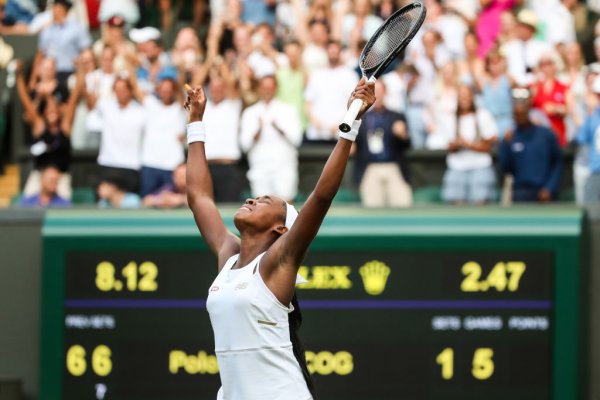 Cori Gauff, 15, Loses at Wimbledon
Next Up: Editor's Pick