When the Kenyan government had second thoughts about allowing the country’s first coal-fired power plant, the Trump Administration’s representative in the country protested.

U.S. Ambassador Kyle McCarter, a Trump appointee who previously served as a Republican state senator in Illinois, went on Twitter to argue in a string of tweets that coal is environmentally sound, that the plant would boost the country’s economy and that a critical analysis of the plant from a clean energy think tank amounted only to the work of “highly paid protestors.”

It’s unclear what lobbying — if any — McCarter has engaged in behind the scenes to promote the coal-fired power plant, but the voice of the U.S. government, which contributed more than a $1 billion in foreign to Kenya in 2017, carries weight within the country, and the White House has said that similar tweets from President Donald Trump are “official statements.”

Regardless of whether McCarter’s tweets were approved by the State Department ahead of time, they reflect the Trump Administration’s support for growing the coal industry internationally even as scientists warn that the energy source is one of the biggest contributors to climate change and growth in its use could make it all but impossible to keep the planet from warming to catastrophic levels.

These warnings have been left unheeded by Trump, who promised to promote coal throughout his presidential campaign and has unwound environmental policies to that end as president. Most significantly for coal, Trump’s Environmental Protection Agency has rewritten President Barack Obama’s landmark regulation of the power sector to reduce its impact on coal-fired plants. Still, Trump has been unable to halt the market forces and other pressures that have led hundreds of coal-fired power plants to close.

McCarter Twitter comments began on June 25, after Kenya’s National Environmental Tribunal’s announced that it would halt construction of the Lamu coal-fired power plant, which would have been the first such power plant in the country. The court said the project’s planners had failed to engage the local community and argued that the environmental review conducted ahead of the project did not adequately address several environmental issues including the country’s commitment to fighting climate change. The project could still be revived if a new environmental assessment adequately addresses the concerns laid out in the decision.

“These extraordinary measures are necessary to ensure sufficient access to information by the public on a project that will be the first of its kind in Kenya and the East African region,” the National Environmental Tribunal said in its ruling.

On Twitter, McCarter cited his experience with coal in his home state as evidence that the energy source would work well in Kenya. In his former position, McCarter received contributions from a slew of energy companies including coal interests, according to state disclosure forms. At the time, his nomination drew criticism from Democrats concerned that the Administration had not conducted proper vetting.

A State Department Official told TIME on July 8 that the U.S. backs “an approach that takes into account considers all forms of energy” to support economic growth in the region and stressed that electricity must be “affordable and predictable” to attract investment. “American companies and investors are ready to partner with Kenya to help them achieve an affordable and reliable power grid, in all forms of energy,” the official said in an email, “to support the exponential growth expected in Kenya’s prosperous future using whichever source they choose.”

The U.S. recently launched a program promoting investment in the region, intended to serve as a geopolitical counterweight to China’s growing influence, and McCarter seemed to suggest that a coal-fired new power plant would advance U.S. investment. Still, on its face, the project raises questions about how it would serve U.S. interests over China’s given that it is financed by China and would be built by Chinese developers.

In a contrast to McCarter’s remarks, the Chinese ambassador to Kenya met with opponents of the coal-fired power plant on June 28 and told them that he supported the will of “the people of Kenya” to “decide whether there would be a coal power plant or not,” according to a statement from activists.

Trump’s campaign promise to restore coal has been met with numerous challenges, particularly in the U.S. Even as the Trump Administration has halted environmental rules, American coal-fired power plants have continued to close as the cost of alternatives — namely natural gas and renewable energy sources like wind and solar — have fallen in cost.

One bright spot for the industry has been the growth in international demand. While coal consumption fell in the U.S. last year, it rose slightly globally and is expected to remain steady for several years, according to a report from the International Energy Agency. “There’s a need for our coal around the world, and they want to burn our coal around the world,” Murray Energy CEO Bob Murray, a prominent Trump donor, told TIME last year. “So it’s been an offset to a great extent to the loss of the domestic coal.”

The Kenyan National Environmental Tribunal’s decision follows a report from the U.S.-based Institute for Energy Economics and Financial Analysis that found that the a new coal-fired power plant would increase energy costs in the country and make it difficult for the country to meet its commitments under the Paris Agreement. In particular, the report pointed to the country’s rich stock of geothermal, hydropower and other renewables, which could support the country’s growing economy for the next decade.

“Adding renewables, instead of coal, will be less expensive,” says report author David Schlissel, citing a Kenyan government development report. “That will mean that customers of Kenya Power will have more money to spend elsewhere than on their electricity.”

On Twitter, McCarter dismissed the report as the work of “highly paid protestors.” 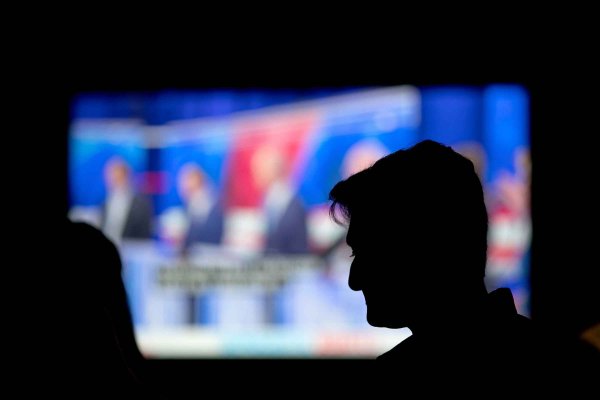 America Still Doesn't Know How to Talk About Climate Change
Next Up: Editor's Pick