President Trump Has Planned a Big Military Tribute for the Fourth of July. That's Not the Best Way to Honor the Troops

Ideas
By Jeremy Butler
Jeremy Butler is the CEO of Iraq and Afghanistan Veterans of America.

This year’s Fourth of July celebration in Washington, D.C., will feature more than the usual magnificent fireworks; federal officials have announced that Independence Day festivities will include a demonstration of military strength in our nation’s capital and a speech by President Trump on the steps of the Lincoln Memorial. “Salute to America will honor each of the nation’s five service branches with music, military demonstrations, flyovers and much more. Participants include the Old Guard Fife and Drum Corps, the U.S. Army Band (‘Pershing’s Own’), the Armed Forces Chorus, the United States Marine Corps Silent Drill Team, and many others,” according to a release from the Department of the Interior.

Although a tribute to our military may seem on its face like a good thing, using the armed services as a backdrop for a major political address is cause for concern. Historically, presidents have kept a lower profile on Independence Day to avoid any appearance of partisanship; past Commanders-in-Chief have chosen to spend the day with their families, hosted picnics on the White House lawn or even left town. If this President’s past rallies are any indication, a national address as part of the Fourth of July celebration — which will be taxpayer-funded — has the potential to divide and polarize and is the very opposite of what our nation should exemplify on the holiday.

Service members and veterans of all classes, creeds and political belief systems put aside their differences in service to our country every day — surely, our nation’s leaders can be expected to do the same for at least one. No political candidate or party, no government office and no elected official should co-opt Independence Day for partisan agendas.

In our increasingly divided society, Independence Day is one where all Americans can celebrate the great gift of our freedom together. To cheapen that gift with partisan actions dishonors the sacrifices of men and women who protect that freedom with their lives.

The politicization of the military and national holidays is unfortunately nothing new. The discourse around this Memorial Day was dominated by reports that the President had requested expedited paperwork to pardon several U.S. service members accused or convicted of war crimes; after fierce resistance from veteran advocacy groups, the President stepped back from the plan. IAVA conducted an internal poll of our members: 62% of respondents found it inappropriate for this controversial conversation to take place around Memorial Day, a solemn time for our country to honor those who have fallen. Even more worrisome is the prevailing perception that these partisan displays are supported by — or in the interest of — veterans and service members, when nothing could be further from the truth.

The veteran community is by no means a monolith, but we do share a sense of duty that runs deeper than parades and speeches. If this Administration, members of Congress and political candidates want to support veterans in a substantive way, there are critical legislative measures that would actually make a tangible impact in the lives of the post-9/11 generation of service members and veterans — including pending bills that would improve standards for women veterans, invest in mental health services, defend GI education benefits, combat veteran suicide, research the efficacy of medicinal cannabis and establish accountability provisions to help service members exposed to toxic airborne chemicals and open burn pits. Real momentum on any one of these bills would be a far more welcome show of support than any fireworks display.

As Americans across the country come together on July 4, whether in Washington, D.C., or Spokane, Wash., we urge everyone to enjoy the privilege we share in being able to come together at all — and to celebrate that unity despite the fault lines that too often threaten to divide us. Our democracy is not better served by grandiose, empty shows of political strength; take it from those whose service we should remember on Independence Day. 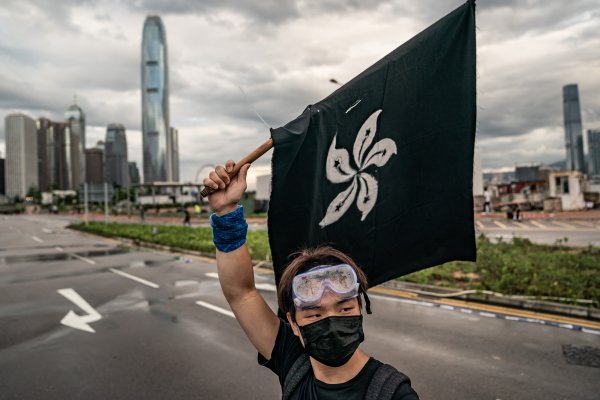 It Is Time for Democracy in Hong Kong
Next Up: Editor's Pick