In this March 25, 2019, file photo White House adviser Jared Kushner listens during a proclamation signing with President Donald Trump and Israeli Prime Minister Benjamin Netanyahu in the Diplomatic Reception Room at the White House in Washington.
Susan Walsh—AP
Ideas
By Ian Bremmer
Bremmer is a foreign affairs columnist and editor-at-large at TIME. He is the president of Eurasia Group, a political-risk consultancy, and GZERO Media, a company dedicated to providing intelligent and engaging coverage of international affairs. He teaches applied geopolitics at Columbia University’s School of International and Public Affairs and his most recent book is Us vs. Them: The Failure of Globalism.

White House Senior Advisor Jared Kushner kicked off his much anticipated—and plenty derided—plan to bring peace to the Middle East with a two-day economic workshop in Bahrain. The Palestinians boycotted the event, the Israelis are busy gearing up for another national election in September, and the rest of the world is fixated on rising tensions with Iran and the upcoming do-or-die meeting between U.S. President Donald Trump and his Chinese counterpart Xi Jinping at the G20 this weekend. Still, the Bahrain conference went ahead as scheduled.

The political impasse between Israelis and Palestinians has proven to be one of the world’s most intractable problems for the better part of a century. So Kushner opted for a different approach—rather than start with the thorny politics, he wants to start with the economics instead. His proposal is centered on a $50 billion investment push to fund 179 regional infrastructure projects over the next 10 years. Roughly $27.5 billion of that $50 billion will be earmarked for the West Bank and Gaza, with the remainder going to fund projects in Jordan ($7.4 billion), Egypt ($9.1 billion) and Lebanon ($6.3 billion). The hope is that this sudden, sizeable injection of capital will allow the West Bank and Gaza to better access international markets, while also improving basic infrastructure through upgrades to electricity, water and telecommunications infrastructure. This infusion of cash is meant to double Palestinian GDP over the next decade, generate 1 million new jobs, reduce Palestinian unemployment (which the IMF says is currently 30 percent in the West Bank and 50 percent in Gaza) and halve the poverty rate. The plan will also boost business ties in the region, and will help facilitate trade between Israel, Egypt, Jordan and Lebanon. Crucially, neither Israel nor the US will be on the hook for funding these programs—the point of the Bahrain workshop was to congregate key players in the Arab world and the private sector who will be able to raise the money necessary to make this proposal a reality.

To be clear, there is not much new about these proposals themselves—many of the infrastructure programs had already been proposed from other outfits like the World Bank and the Rand Corp. What’s new is that these proposals are being offered separate from the politics—as Kushner said in Bahrain this week “Today is not about the political issues. We’ll get to them at the right time.” That may be Kushner’s hope, but when it comes to pouring billions into the Middle East, investors tend to care about the region’s political trajectory.

While the economic component of Kushner’s Middle East plan is now out in the wild, it won’t gain much traction without the release of a political plan to accompany it. The earliest that’s likely to come is in November, once Israel holds new elections and forms a new government, one which might not even have Bibi Netanyahu at its head (much to the Trump administration’s consternation). But by November, the US presidential race will have kicked off in earnest, making it an especially precarious time for the Trump White House to release a plan that will undoubtedly be among its most politically controversial foreign policy proposals. Expect the Trump team to forge ahead, if only to avoid the criticism that their vaunted Middle East Peace plan never materialized. But by then it will be too late—once the US presidential race kicks into full gear, investors will be waiting to see if Trump even wins reelection before they sign on to such a divisive program.

Others will be looking to see if Trump sticks around the Oval Office before signing-on, too. Chief among them are the Saudis and the Emiratis, who will have to tread carefully before publicly supporting a political solution that will eschew the traditional “two-state” framework most are striving towards in favor of a “state-and-a-half” solution that will probably be tilted towards Israeli interests while giving Palestinians more political and economic power, but still fall well short of full sovereignty. Public opinion still matters plenty to these leaders, and a deal that obviously favors Israel over the Palestinians will be difficult for them to publicly endorse.

The Key Fact/Number/Statistic That Explains It:

Just 12 percent of those surveyed across the Arab world for the BBC had favorable opinions of President Donald Trump. In other words, no matter how great this peace plan was (or could have been) on paper, it was always facing an uphill battle.

The Key Quotes That Sums It All Up:

Point: “This conference in Bahrain, maybe people have read too much into it. If it succeeds and we can get investment into the Palestinian territories it can only be good for them . . . It is not a political conference as much as it is an economic development conference.” Abdel al-Jubeir, Saudi Arabia’s minister of state for foreign affairs.

Counterpoint: “There’s a small problem here… You need peace and security and open borders before we can talk about a $50 billion investment. If you want to throw away money, you can invest in infrastructure without peace and security.” Anonymous businessman attending the Bahrain conference.

That this is a fool’s errand by Team Trump. Here’s the thing—actual peace between Israelis and Palestinians was always a longshot. Instead, the Trump administration is attempting to codify the fact that Palestinians have to live with status quo. And the Trump team’s best relations in the world are with the Arab actors sending emissaries to the Bahrain conference (plus Israel). In other words, this was a low-risk move by the administration. It would have been odd if they didn’t try to do something like this.

Many US administrations have tried to broker peace between Israelis and Palestinians, and while some attempts have been stronger than others, they’ve all failed to find a lasting, sustainable peace between the two sides. In that sense, putting forth a lackluster plan to achieve peace in the Middle East is about the most traditional foreign policy move that we’ve seen from the Trump administration to date. 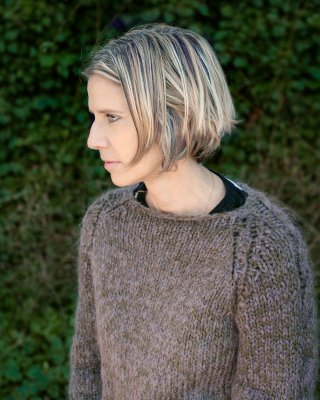 No One Told Me Exactly What to Expect From Menopause. But the Messages I Did Get Were Very Wrong
Next Up: Editor's Pick