This New App Promises to Block Robocalls Forever. But Should We Have to Pay for That?

A new app is promising to rid your life of robocall spam and scams once and for all, in exchange for a monthly fee. But it also raises the question: why should we have to pay to block robocalls at all?

Firewall, an iOS app from the creators of temporary phone number app Burner, differs from similar services in that it compares your incoming calls against your pre-approved list of numbers, in addition to databases of known robocallers. It’s free for 14 days, but then costs $3.99 a month to act as a digital bouncer for your phone.

When you receive a call that Firewall suspects is spam, the app automatically redirects it to voicemail and sends you a notification. The app will transcribe those voicemails for you, so you don’t even have to listen to them at all. Users can set the app to allow everyone, no one, or just your pre-approved “whitelist” to get ahold of you. Users can also temporarily disable Firewall’s service for up to an hour if they’re expecting a call that they’re concerned may get filtered out as spam. Your whitelist is stored locally on your device, and not viewable by Firewall, the company says. And if you decide to call back a mystery number, the app gives you a temporary fake phone number to use, so callers don’t see your real digits.

Greg Cohn, CEO of Ad Hoc Labs, the company behind Firewall, says the app started as an internal project that caught on among his colleagues. “We tried to share it with a few friends,” says Cohn. “And it was the same thing. Everybody resonated with the problem, like, ‘Oh God, make them stop.’”

Cohn’s friends aren’t alone. Americans received an average of around 14 robocalls per day in May, according to call-blocking service YouMail, while an estimated 6.4 million robocalls were made every hour over the same period. While some robocalls are legally placed by political campaigns, debt collectors, doctor’s offices and more, many are made by scammers, hoping to get your personal information or otherwise trick you into forking over cash. Americans were swindled out of an estimated $10.5 billion by robocall scammers in the past year, according to a report from caller ID company TrueCaller.

The problem has gotten plenty of attention in Washington: The Federal Trade Commission (FTC) announced this week a crackdown on egregious robocall scammers, and Congress is considering legislation with similar goals. The FTC has also hosted annual “Robocall Challenges,” which task software developers with coming up with solutions to tackle the robocall crisis — one entry, the now-popular app Nomorobo, tied for first place in the FTC’s inaugural challenge. Furthermore, the agency shares robocall databases with third parties like Ad Hoc Labs, and says it has won around $1.5 billion in judgements against illegal robocallers, returning $124 million to consumers.

Still, some argue that we shouldn’t need apps like Firewall or Congressional action to fight robocallers, and that carriers like Verizon and AT&T need to do more on their own. Chances are your wireless provider already offers some form of basic spam call protection for free, with paid options offering more comprehensive protection and caller ID information for three or four dollars a month. While a recent Federal Communications Commission (FCC) decision gave carriers more power to regulate and block robocalls by default, the ruling doesn’t address the potential price increase consumers may incur for the service. “I think robocall solutions should be free to consumers,” FCC Commissioner Jessica Rosenworcel said in a statement concerning the ruling. “I do not think that this agency should pat itself on the back for its efforts to reduce robocalls and then tell consumers to pay up.” A robocall bill recently re-introduced in the House by Rep. Frank Pallone (D-N.J.) would prohibit carriers from charging extra for improved call blocking services. Smartphone makers themselves are offering solutions too, like a new call screening feature built into Google’s Android operating system.

Part of the long-term solution may be a technology called STIR/SHAKEN, a pair of call authentication tools that would prevent the use of fake — or “spoofed” — caller ID information designed to trick you into picking up a robocall (ever get a call from an unknown number that looked suspiciously like your own? Spoofing makes that possible). With STIR/SHAKEN, calls using spoofed numbers would be marked as such on your phone, giving you a heads-up before you pick up the call. While phone carriers are already working to implement STIR/SHAKEN, a bill awaiting consideration in the House would require them to do so. Apps like Firewall can help, too. It blocked two calls for me over the span of two days, including one particularly persistent number I’ve been seeing for the past week. But they’re an imperfect solution, treating the symptom rather than the disease — we shouldn’t have to take the time to verify that it’s really mom calling, and not a scammer from Mauritania.

What should you do when you receive a suspicious call until the wireless carriers figure all this out? Margot Saunders, senior counsel at the National Consumer Law Center, has two suggestions. First: “don’t answer it, let it go to voicemail.” That’s because answering the phone tells scammers that they found a real number, and they may just keep calling once they know they’ve got a valid target. Her other advice? “Call your [lawmaker], and ask them to support comprehensive legislation to stop the problem,” she says. “Because they have the power, they just need the will.” 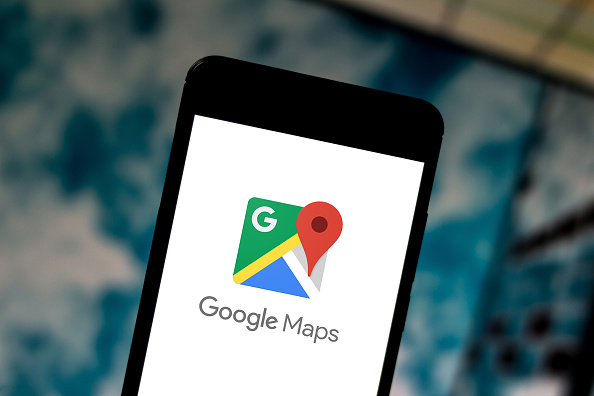 A Lot of Cars Got Stuck in the Mud After Following Google Maps on a Detour Due to Unforeseen Circumstances
Next Up: Editor's Pick