A Writer Followed 3 Women's Sex Lives for Nearly a Decade. The Result Is a Compelling Portrait of Desire

Taddeo drove across the U.S. six times in eight years to search for sources.
J. Waite
By Lea Carpenter

“Express yourself, don’t repress yourself/ Express yourself, don’t repress yourself.” The opening lines from Madonna’s song “Human Nature” are pretty simple. And yet when it was released in 1995, the song wasn’t just a song; it was an artist’s slap back at her detractors. It was a battle cry, a lullaby, a lyric deposition on sex and a woman’s right to it. A J’accuse on a woman’s right to take risks. The song was a stance against the then socially accepted norms about women in an era before #MeToo, before safe spaces, before wokeness. Before all of that, there was Madonna, providing women with one way to think about “it.”

And now, with her debut book Three Women, journalist Lisa Taddeo offers another way. Three Women is a battle cry too, and likewise a lullaby and a lyric deposition on that subject usually hovering right next to sex: desire. Madonna made you want to dance. Taddeo makes you want to feel.

Inspired in part by Gay Talese’s Thy Neighbor’s Wife, Taddeo set out to describe current states of American female desire. She found three women (two of whose names she does not disclose, except for Maggie, whose case is public record) who allowed her into their lives. She spent eight years searching for subjects across the country, ultimately following Lina, in Indiana; Maggie, in North Dakota; and Sloane, in Rhode Island. Taddeo effectively lived with and through them, recording their sexual secrets, hopes and fears and, ultimately, the origins of those fears, which in all three cases provide exceptional plot jolts.

Taddeo’s most obvious limitation was who would be willing to open their lives to her and to do what for many of us is unimaginable: confess what we really want. The three women in the book happen to be straight, white and living above the poverty line. Despite this, Taddeo uses their experiences to raise many questions that aren’t, at least in the abstract, confined by sexual identity, ethnicity or socioeconomic status. Questions like, what happens if you fall in love with a much older person and then that person falls in love with you too? And what if it’s your married teacher? Or what happens when you start an affair with an old sweetheart because your spouse won’t kiss you? Or what about when you have a privileged life and an enviable marriage–and your partner likes to watch you have sex with other men, women and sometimes both? And what if you like it? These are the stories Taddeo listens to, and tries to understand.

Taddeo never judges. She doesn’t slip into pseudopsychological frameworks for sex. She inhabits her subjects. And if you think her topic sounds a little louche, or isn’t quite your thing, the true magic of this book may lie less in the subject matter and more in the style. The illusion Taddeo creates is that there actually is no journalist at work here–no author, no thesis. She’s an apolitical messenger channeling her subjects’ potentially contentious perspectives. It’s the literary brilliance of the book that will knock you back–how she channels these women’s voices through her own.

In many ways Taddeo’s subject isn’t sex. Or even desire. It’s memory. “We don’t remember what we want to remember,” she writes. “We remember what we can’t forget.” Memory is central to the sexual self-discovery of all three of her subjects. Until you understand your past experiences of desire, you cannot understand yourself. Taddeo also carefully confronts the limits of memory, most heartbreakingly with Maggie, the woman who falls for her older, married teacher, whose understanding of herself shifts radically as she grows up and comes to realize that what she experienced as true love was, for her lover, not love at all. For anyone who thinks they know what women want, this book is an alarm, and its volume is turned all the way up.

Carpenter is the author of Red, White, Blue 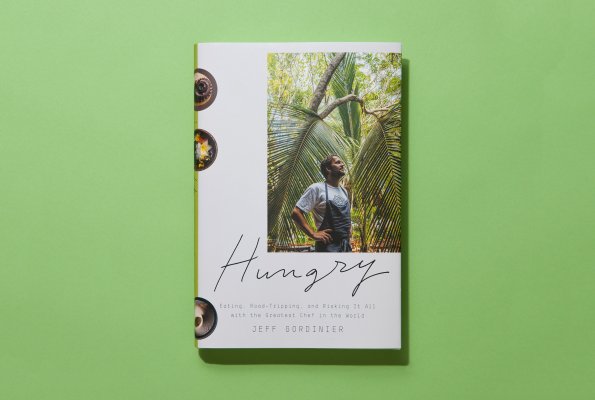 Inside the Journey to Reinvent One of the World's Greatest Restaurants
Next Up: Editor's Pick