Police in Barbados are searching for a New Jersey couple who went out to sea on a jet ski and never returned.

Oscar Suarez, 32 and Magdalena Devil, 25, were staying at the Discovery Bay Hotel about nine miles from the capital of Bridgetown, according to the Royal Barbados Police Force.

Police said that on Monday afternoon, the couple rented a jet ski from an operator at nearby Holetown Beach. According to the operator, the pair were both wearing life jackets when they boarded the jet ski. When the couple did not return after half an hour, the operator became worried and contacted other operators in the area to carry out a search, police said.

The Barbados Police Marine Unit and the Barbados Coast Guard performed a search of the area, but did not find the couple or the jet ski, police said.

Police also checked the couple’s room at the Discovery Bay Hotel and found that they had not returned. Police said Suarez and Devil arrived on the island on June 22 and had been scheduled to return home a week later.

Barbados police confirmed to TIME that they have contacted at least one family member and are working with the U.S. Embassy. Police added that they are still conducting aerial and sea search in an attempt to find the pair.

The Royal Barbados Police Force are asking anyone with information to contact the nearest police station or Crime Stoppers at 1-800-TIPS (8477). 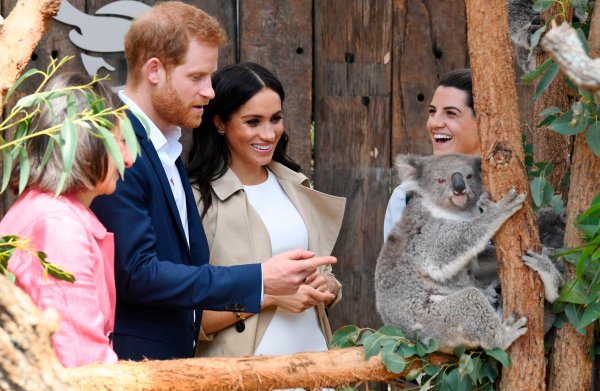 Here's How Much British Taxpayers Pay for the Royal Family's Travel
Next Up: Editor's Pick