The stretch of summer between E3 and the holiday season is a hard time to be a video game fan. The industry tantalized us with all the wonderful games it’s making, but the problem is that most of those new and amazing-sounding games won’t come out until at least November. But that just means you’ve got plenty of time to catch up on all the amazing video games 2019 has already gifted us.

Here are the best video games of 2019 so far, including a few that may have slipped under your radar.

Come for the incredible visuals, stay for the profound and moving story. Metro: Exodus is the third title in the Metro series, which imagines a nuclear post-apocalypse from the perspective of Russians who survived the bombs by huddling in Moscow’s vast underground subway tunnels. In this first-person shooter, I helmed an expedition out of the tunnels and into the vast Russian wilderness in search of a place free from the violence of the past.

As frightening as the tunnels were, the world outside is worse. Metro: Exodus never let me forget I was playing in the ruins of a world destroyed by nuclear weapons. Post-apocalyptic video games, like Fallout 4 or Far Cry: New Dawn, tend to be power fantasies. Metro: Exodus is the opposite — it looks like Fallout, but I was always fragile and weak. Ammo was scarce, enemies powerful, and the environment deadly. It’s a horror game where every choice can bring a terrible consequence, and every death, even those of seemingly faceless NPC guards, has weight.

Metro: Exodus is available on PlayStation 4, Xbox One and PC.

Sometimes you just want to run around a city shooting bad guys without thinking about it too much. When that urge strikes, The Division 2 is here for you. Ubisoft’s sequel to The Division delivers a killer sequel set in Washington, D.C. where players take control of a Strategic Homeland Division (SHD) agent. A biological terror attack has wiped out much of America’s population, and it’s up to SHD agents to keep the peace.

The Division 2 is available on PlayStation 4, Xbox One and PC.

When does an action game feel like a rhythm game? When it’s developed by From Software, the Japanese studio behind From Souls and Bloodborne. Sekrio: Shadows Die Twice is a third-person action game in which players journey through a myth-tinged feudal Japanese kingdom battling natural and supernatural forces alike with a katana and an assortment of Mega Man-style upgrades.

To win, I had to learn each enemy’s moves and parry, block, or attack at the right time. During long boss battles I felt like I was playing a rhythm game as the beat of the blocks and parries moved in time with the enemy’s attacks. From Software is famous for its intricate worlds and difficult video games. Sekiro might be the studio’s hardest game yet, but its challenge never feels unfair — and few games feel as rewarding once you’ve beaten them.

Sekrio: Shadows Die Twice is available on PlayStation 4, Xbox One and PC.

In the film industry, remakes and reboots often feel like shameless attempts to capitalize on the popularity of old work. But in the video game industry, they can give studios the chance to update dated graphics and gameplay and bring an old classic to a new generation. I loved the original Resident Evil 2, but I know I never want to suffer through its infamously awful controls ever again.

Resident Evil 2 Remake is the perfect solution. It’s a faithful recreation of the original game with stellar graphics, better voice acting, and controls that didn’t make me feel like I was steering a cruise ship. I explored the halls of the Raccoon City Police Department from a third-person, over-the-shoulder perspective as both Leon Kennedy and Claire Redfield. Zombies have come to town, police HQ is under siege, and Kennedy and Redfield must work together to solve the mystery of the outbreak and survive.

In addition to reworked visuals and controls, Resident Evil 2 Remake changes just enough of the story and basic gameplay to keep the game fresh. These zombies didn’t always die when I shot them in the head, and every journey through the police department brought fresh horror and surprises, even for a series veteran like me.

Resident Evil 2 Remake is available on PlayStation 4, Xbox One and PC.

Every year, the gaming industry delivers pleasant surprises — there’s always a game that wasn’t on my radar that blows me away. This year, Plague Tale: Innocence was that game. The year is 1348, the place is France, and the main character is the adolescent Amicia de Rune. The Inquisition, the plague, and seemingly supernatural swarms of rats disrupt Amicia’s idyllic noble life of luxury, sending her on a quest to discover the source of the plague and its connection to her ailing little brother.

In Plague Tale: Innocence, I controlled Amicia from a third-person perspective as she solved puzzles, used stealth to sneak past the Inquisition’s knights, and avoided swarms of rats hungry for flesh. The gameplay is just O.K. and many of the puzzle mechanics grew stale by its second half, but the characters and story compelled me to finish.

Plague Tale: Innocence is available on PlayStation 4, Xbox One and PC.

Indie games are having a great year, and Katana ZERO is the best one I’ve played. This is a 2D action platformer that looks like a Super Nintendo game. I played as Subject Zero, an assassin dressed as a samurai who’s addicted to a drug that lets him slow down time. Using his katana and time powers, Zero explores a linear neo-noir world, slicing through his enemies, reflecting bullets, and avoiding obstacles. He has no health bar and one hit will kill him, but he also can’t die — the drug that lets him slow down time also pushes him back into the past when he takes a fatal blow.

Katana ZERO is a game of trial and error, in which learning a level meant dying and restarting as I learned enemy positions and attack patterns. It’s a fun, and sometimes frustrating, ride with a story that punches above its weight and deals with heavy themes.

Katana ZERO is available on PC and the Nintendo Switch.

The mobile video game market is overflowing with games that constantly beg you to spend a few bucks to open loot boxes or speed up the grow time on your crops. Alto’s Odyssey is a chill game about a guy snowboarding down the side of a dusty mountain. He jumps, does tricks, collects coins and avoids obstacles. I tapped the screen to make him jump or held my finger on the screen to make him do a trick flip.

It’s a simple game with a lot of polish and a great soundtrack. Like almost all mobile games these days, it has microtransactions, but they never felt overbearing and I never felt like I needed to purchased them to keep playing.

Alto’s Odyssey is available on iOS and Android. 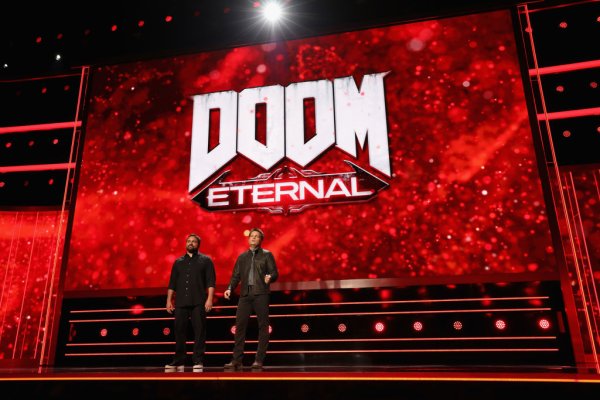 Should You Buy a PS4 or Xbox Now, or Wait for the New Models? How to Decide
Next Up: Editor's Pick