GLAAD, the organization dedicated to LGBTQ advocacy in media and culture, released its fifth annual Accelerating Acceptance Index on Monday. The index is a national survey of nearly 1,800 American adults who were asked to rate their position, on a scale of very uncomfortable to comfortable, to prompted situations like “having LGBT members at my place of worship,” “learning a family member is LGBT,” and “learning my child has a lesson on LGBT history in school.” In doing so, the goal of the survey is to track Americans’ attitudes toward LGBTQ people in everyday scenarios (and then advocate to further acceptance).

Just over 80 percent of Americans surveyed said they knew someone who identifies as LGBTQ, and the survey found that an equal amount of non-LGBTQ Americans surveyed support equal rights for the LGBTQ community. “The idea of ‘equal rights’ is largely supported by Americans, but legal equality is not the same as acceptance,” Rich Ferraro, GLAAD’s chief communications officer, tells TIME. “Acceptance cannot be legislated.”

In its first three years of results, the index showed a steady increase in Americans who felt comfortable with LGBTQ issues and people. Last year, however, results saw a sharp drop in “acceptance” across all scenarios surveyed. “Headlines that stated ‘LGBTQ acceptance is eroding’ were a call to arms for GLAAD and so many around the country,” a press release accompanying the new index explained. “GLAAD doubled down on our formula for making culture change.”

And with some success: “The percentage of non-LGBTQ adults reporting being ‘very’ or ‘somewhat’ comfortable with LGBTQ people across seven scenarios remained stable,” the new results show. (That’s a group just shy of half those surveyed.) However, this year’s survey found that millennials and Gen-Z (adults in the 18-34 age bracket) are becoming increasingly “uncomfortable” with at least some of the hypotheticals — the percentage of those surveyed who were “very or somewhat comfortable” in all the scenario prompts dropped by eight points on average, from 53 to 45 percent. Of the groups surveyed, young people were the only demographic to see such a sharp decline in acceptance. And while allyship was more common for responders identifying themselves as millennial females than millennial males, the percentage of female allies dropped more sharply.

In four of the seven given scenarios, 18 to 34 year-olds reported feeling substantially more uncomfortable around LGBTQ people. These were: learning my child had a lesson on LGBT history in their school (a 9 percent rise in survey responders reporting they’d be “uncomfortable”), learning a family member is LGBT and learning a doctor is LGBT (both seeing a 7 percent rise in “uncomfortable” responses), and having a child placed in a class with an LGBT teacher (a 4 percent rise). Significantly, GLAAD notes that these scenarios are more immediately “personal” than the others surveyed, like “seeing an LGBT co-worker’s wedding photo” or “having LGBT members at my place of worship.”

These changes underscore shifts in whom GLAAD considers “allies” versus those considered “detached supporters.” The index classifies respondents who were comfortable in all of the situations as allies, and those whose comfort levels shifted depending on the situation as detached supporters. (The group GLAAD terms “resisters,” meanwhile — people who report being consistently uncomfortable with LGBTQ people — has remained consistent at between 13-14 percent across all five years in which the index has been produced.)

“The younger generation has traditionally been thought of as a beacon of progressive values,” a press release accompanying the index noted. “We have taken that idea for granted.”

“When you have a country and a culture that is normalizing hate and discrimination, you will see [people] move from an allied position to become detached supporters,” Sarah Kate Ellis, President and CEO of GLAAD, tells TIME.

The shift in attitudes toward LGBTQ people also aligns with the study’s report of a “significant increase” of discrimination toward the LGBTQ community. In the fight for acceptance, there is still more work to be done, Ellis says. “You know, it’s not a job we would want necessarily. It’s a job that we have … When you look at what’s going on to our community these days, we do not have full equality. We still can be fired in over half the states in this country. We can still be denied housing. The Supreme Court a year ago this June was debating whether or not we could be served a cake.”

The rise in young people identifying as LGBTQ doesn’t negate the rise of intolerance. In fact, Ellis says a lack of education on (or understanding of) the LGBTQ spectrum has also contributed to young people becoming increasingly uncomfortable. “Kids [today] are dealing directly with this generation of people that define sexual orientation and gender identity so broadly,” Ellis says. “They’re finding this newness a little bit confusing.” (GLAAD, she adds, “can solve for them — and we have been [with] our youth ambassador program.”)

“We are absolutely at an inflection point where culture and policy policy is stalled right now,” Ellis concludes. “Closing the gap to full acceptance of LGBTQ people will not come from legislation on judicial decisions alone, but from creating a culture where LGBTQ people are embraced and respected.” 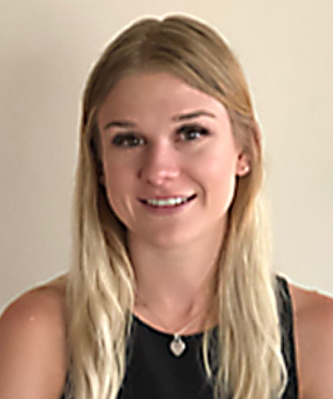 Missing University of Utah Student Last Seen Meeting Someone in a Park By Her Lyft Driver, Police Say
Next Up: Editor's Pick