(Bloomberg) — A parade of initial public offerings from Silicon Valley this year have garnered mixed receptions from investors. Slack Technologies Inc. took a different route on Thursday, and saw its shares soar as it went public without an IPO.

Slack opened at $38.50 on the New York Stock Exchange Thursday, well above the reference price of $26 that was set for the shares. The stock climbed as high as $42 apiece, giving the company a market value of more than $21 billion. The fully diluted valuation is even higher.

That’s a huge increase from Slack’s last private funding round in August, which valued the company at $7.1 billion. Thursday’s debut makes Slack one of the most valuable technology companies to reach U.S. markets this year, following in the footsteps of Uber Technologies Inc. and Lyft Inc.

Slack, which makes software for workers to chat and collaborate on projects, directly listed its shares on the New York Stock Exchange, bypassing the usual fundraising process of an IPO and allowing shareholders to sell right away without a lockup period.

A parallel for this unusual type of stock listing is Spotify Technology SA. The music-streaming provider went public using a similar maneuver last year, the last high-profile company to do so. Spotify’s stock is up 14% since then.

Slack Chief Executive Officer Stewart Butterfield said Thursday that the company chose not to have a traditional IPO for a pragmatic reason: It didn’t need the cash. “We’re not ideological crusaders on this stuff,” he said. The direct listing process is a more efficient way to price a stock, he said, “but I don’t think anything comes close to not having to dilute existing shareholders by 10%.”

Butterfield said he also wanted to avoid the lockup period. “Especially in a period when you’re locked up, when the supply is so constrained, the psychological impact of that can be a big negative,” he said. “Giving employees the option early is more important.”

Butterfield was at the New York Stock Exchange, which was festooned with a Slack banner that read “Your work is our work,” and where a band outside played jazz for the occasion. Earlier that morning, he rang the opening bell, and posted photos on social media, writing, “Got a little cold, but everything is allll right.”

This year is on track to be the busiest for public listings in more than a decade. Some have been warmly received. Pinterest Inc. has risen about 50%, and Zoom Video Communications Inc. has nearly tripled in value. But the two biggest, Uber and Lyft, are trading below their IPO prices.

Investors — and private companies considering a similar path to the public markets — will be closely watching the reception to the debut. Slack had been hoping to avoid the first-day pop that often accompanies IPOs and the price swings that can follow.

Citadel Securities and Morgan Stanley worked behind the scenes to help kick things off Thursday morning, gathering buy and sell orders to assess a first-trade price.

In Slack’s dual-class share structure, super-voting Class B shares must be converted to Class A common shares before they can be sold. On Wednesday, Slack said 194 million shares had been converted to common stock, which signals the number that could be sold.

Slack going public ends a long journey that started with Tiny Speck, a small video game maker. The company, led by Butterfield, was making a game called Glitch, but it didn’t take off. The team, however, had built an internal tool to chat and share files with each other. They had an inkling that the software could be useful to other teams. In 2014, they launched Slack. Now Butterfield, its co-founder and chief executive officer, is worth more than $1 billion.

One of Slack’s earliest believers was Accel, a venture firm that now owns about 24% of the company. Andrew Braccia, an Accel partner and Slack board member, had worked with Butterfield at Yahoo! Bloomberg Beta, the venture capital arm of Bloomberg LP, is also a Slack investor.

The service has spread from Silicon Valley into offices around the world, and it does much more than chat. Users can share files, build automated workflows, host video calls, poll colleagues and keep a to-do list. Those who use it tend to adapt quickly, but it has struggled to convey exactly what it is to most of the world, Butterfield said in a recent conference call. “We have to work hard to explain Slack to all the people who have never used it before,” he said. Butterfield called it “one of our biggest challenges and greatest opportunities.”

Slack faces competition from some of the world’s most valuable companies, including Microsoft Corp., Alphabet Inc. and Facebook Inc. Slack did prevail, however, over another rival: HipChat, a product from Atlassian Corp. Last year, Slack and Atlassian struck a deal in which Slack bought the assets for HipChat, which was eventually wound down, and Atlassian took a stake in Slack.

Ten million people use Slack every day, according to the company. Many workers rely on a free version of the software, but as of April, 645 companies paid more than $100,000 a year for the service. Those big customers make up about 43% of Slack’s revenue, the company said. Like other big-name public debuts this year, Slack is not profitable. It lost $139 million on $401 million of revenue in the fiscal year that ended in January.

In contrast to the flagrant cash burning of companies like Uber or Lyft, Slack’s losses have been fairly consistent. But its revenue growth rate has slowed from 110% two years ago to a projected 50% for the fiscal year ending next January.

Butterfield said he thinks that the practice of direct listing has the potential to catch on more widely after this week. “I think if this works out in terms of volatility and volume, I would expect anyone who doesn’t really want to raise money will follow that path of just listing,” he said. 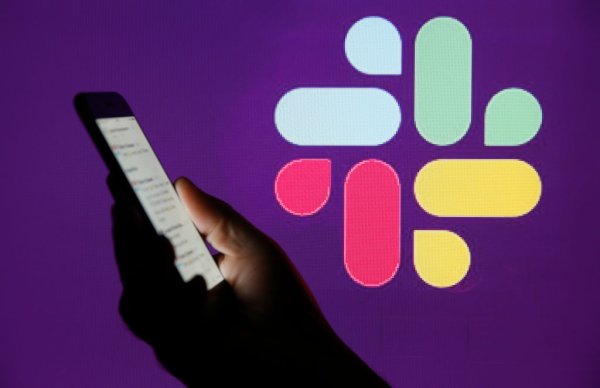 Slack Is Heading to the Stock Exchange With an Unusual — and Risky — Strategy
Next Up: Editor's Pick