If MTV ever dies, The Real World will be in the first line of its obituary. After debuting in 1992, the pioneering reality series not only catalyzed the network’s transformation into a youth lifestyle brand, but also managed to survive for 25 years. Even if the angsty, political Gen X seasons ended up giving way to fratty, drunken antics in the 2000s, the core concept–a diverse group of young people share a luxe home–was loose enough to change with the times.

It might’ve kept doing so had Generation Z not abandoned cable for streaming, while turning to YouTube and Instagram for their famous-for-being-famous fix. MTV canceled The Real World in 2017. Now, as it revives a handful of old franchises in an apparent overture to millennials who haven’t cut the cord, the network’s defining show is also back. But this time, it’s meeting Gen Z on their home turf: the Internet.

With episodes debuting every Thursday on Facebook Watch, The Real World: Atlanta bills itself as an “all-new reality experience.” As far as I can tell, that means viewers comment on the show’s Facebook page and its social-media team responds in emojis. It’s edited at Instagram Story speed and optimized for outrage: Dondre–a gay, black, Christian conservative–exhorts Arely, a DACA recipient, that “you shouldn’t come over here illegally.” (She didn’t.) Yasmin rattles off a list of her identities: Christian, Muslim, Buddhist, artist, feminist, queer, teacher. Whatever your politics, there’s someone to push your buttons. To facilitate viral screenshots, the show prints provocative dialogue onscreen. It’s all pretty awkward, but then, it’s also clearly not meant for anyone who watched The Real World: Seattle in the 20th century.

Meanwhile, MTV proper is still betting on its cost-effective 2000s reality hits. Following last year’s reunion, the Jersey Shore cast is all over the channel. And on June 24, The Hills: New Beginnings will test whether millennials are game to watch a glossier reality clique–now with the added wattage of The O.C. star Mischa Barton, because why not?–reconvene to drink, fight and scheme in their mid-30s. Say what you will about the new Real World, but at least it’s not a nostalgia act. 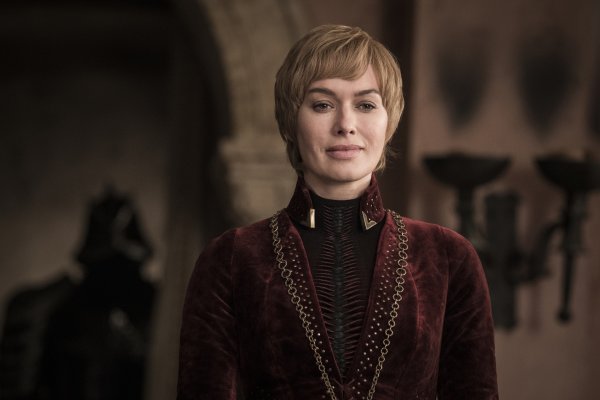 Lena Headey on How a Deleted Game of Thrones Scene Could've Changed Cersei's Story
Next Up: Editor's Pick