The Muslim Brotherhood was founded in 1928 to bring Islam into modern politics. For decades the party existed largely underground, but it was ready and waiting when the uprisings known as the Arab Spring abruptly produced free elections. Mohamed Morsi was the Brotherhood’s candidate for Egyptian President, and its archetype: middle class, professional (engineering degree from USC), with a neat beard and self-confidence verging on smugness. On June 17, 2012, Morsi–seen above in Cairo in that all-important year–became the first democratically elected President in Arab history.

Seven years to the day later, Morsi died in a Cairo courtroom, at age 67. He had been imprisoned after only 13 months in office, a victim of Brotherhood insularity, mounting public distrust and an Egyptian security apparatus accustomed to being in charge. The coup was announced by General Abdul Fattah al-Sisi, whose forces slaughtered at least 800 Morsi supporters in the street. Al-Sisi now heads a government that international human-rights groups, noting Morsi was deprived of crucial medical care in prison, call responsible for his death too. 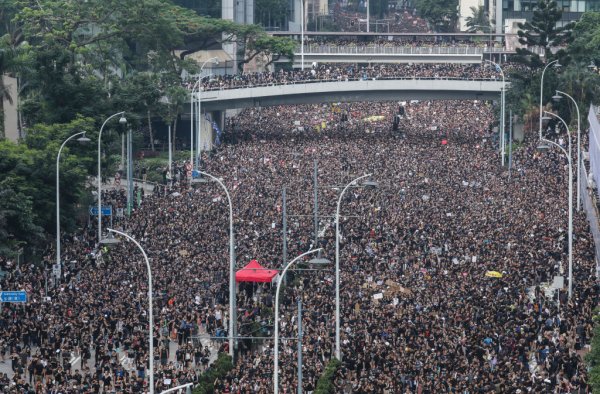 A Brief History of Protest in Post-Handover Hong Kong
Next Up: Editor's Pick