How to Reset U.S.-Russian Relations Today

US President Donald Trump and Russian President Vladimir Putin arrive for a meeting in Helsinki, on July 16, 2018. Trump announced on Twitter that he and Putin had a "Very productive talk!" about things including the Mueller report.
Brendan Smialowski—AFP/Getty Images
Ideas
By Eugene Rumer and Richard Sokolsky
Rumer is the director of the Russia and Eurasia Program at the Carnegie Endowment for International Peace. Prior to joining Carnegie in 2014, he worked at several research organizations and served on the National Security Council Staff, at the State Department, and in the intelligence community.
Sokolsky is a nonresident senior fellow at the Carnegie Endowment for International Peace. He worked in the Department of State for six different administrations and was a member of the secretary’s Policy Planning Staff from 2005-2015. He has also been a senior fellow at Rand and the National Defense University. He writes frequently on U.S. foreign policy.

For thirty years, since the end of the Cold War, U.S. policy toward Russia has been going in circles with the relationship getting worse as different U.S. administrations came and went. Today, the U.S.-Russian relationship is at the lowest point since before the Cold War ended and the best we can hope for is that it will not get even worse.

Russia is to blame for most of what went wrong in this relationship. It invaded Georgia in 2008 and Ukraine in 2014, it interfered in the 2016 United States presidential election, and it continues to meddle in Venezuela, in Syria, in Libya, etc. But it takes two to tango. Rarely, have U.S. policymakers questioned U.S. policy toward Russia. Have we done everything right?

A look back at the record of the Bill Clinton, Barack Obama, and George W. Bush presidencies’ dealings with Russia produces surprising results. These three very different administrations embraced the same set of policies toward Russia. They were built around two pillars: a refusal to accept Russia for what it was and insistence that it reform itself to better fit the image of what U.S. policymakers thought Russia should look like; and the view that NATO was the only legitimate European security organization, while expanding it ever deeper into the former Soviet lands. Russia rejected both of these, but U.S. policymakers proceeded with these policies anyway on the assumption that sooner or later Russia would recognize what was good for it. In the community of Russia hands it became known as the “spinach treatment”—kids don’t like spinach, but should eat it because it’s good for them.

Every U.S. administration has gone through the boom-bust cycle in its dealings with Russia. The Clinton administration took charge of the relationship in 1993 and promised to build a partnership with Russian democracy, Russian reforms, Russian markets. The two presidents—Clinton and Russia’s Boris Yeltsin—built a strong personal bond. Yet the road to partnership became more and more difficult as disagreements arose over Russia’s slow reform progress, NATO expansion, the Kosovo campaign, and much else. By the end of the 1990s both sides grew frustrated with each other. The Clinton chapter of that relationship ended amid fears that Yeltsin’s successor, Vladimir Putin, was backsliding on democracy.

Despite these misgivings, the George W. Bush administration attempted to build its own partnership with Russia. In 2001, Bush and Putin pledged to build a new relationship based on a “joint commitment to democracy, free market, and the rule of law.” That relationship followed the familiar pattern as disagreements arose—over the Iraq war, Russian backsliding on democracy, and NATO expansion. In 2008, following NATO’s pledge of future membership to former Soviet republics Georgia and Ukraine, Russia crushed the tiny Georgian military as the United States and its NATO allies watched, but did not interfere. Russia effectively declared the former Soviet states off limits to NATO. The relationship with Russia was once again at the lowest point since the Cold War.

The Obama administration attempted to “reset” the relationship with Russia and launched its own partnership. The idea there was to modernize its economy and liberalize its politics. That too proved short-lived, as hopes for both political liberalization and economic modernization proved unrealistic. Russia’s invasion of Ukraine and annexation of Crimea in 2014 plunged U.S.-Russian relations to yet a new low, only to be followed by Russian meddling in the 2016 U.S. presidential election.

The Trump administration attempted its own “reset” with Russia but did not get far as Russia-related scandals and investigations proliferated. Sanctions have become not just a tool of U.S. policy toward Russia, but the replacement for it. The relationship is at an impasse, while a reasoned policy discussion about Russia is not possible because the issue has become toxic in U.S. domestic politics.

This situation is not sustainable. The time has come to recognize that Russia is not going to change its domestic arrangements to suit U.S. preferences, and conditioning U.S. policy on such a change is pointless. Similarly, Russia is not going to change its view of NATO and accept further enlargement to include Ukraine and Georgia—both countries with which it shares a long and complicated history, and in which it has much greater interests than the United States. The United States and its allies are not prepared to go to war for Ukraine or Georgia. Russia is and has. That is a clear indicator that the goal of their membership in the alliance is unrealistic and should be dropped.

After multiple failed attempts to build a partnership with Russia the time has come to give up that idea. Instead, U.S. policy should focus on issues of critical importance to the United States. Nuclear weapons, arms control, and strategic stability are one such set of issues.

The existing U.S.-Russian arms control framework is unraveling. The Intermediate-Range Nuclear Forces (INF) Treaty is practically dead following Russian violations of it and U.S. decision to abandon it in response. The New START Treaty due to expire in early 2021 can be extended and thus saved, but the Trump administration seems more inclined to pursue frivolously a trilateral U.S.-Russia-China treaty instead, which neither Russia nor China seems interested in discussing. The existing arms control framework may not look like much to its critics, but it is vastly better than nothing—at a time when new technologies are threatening to undermine the delicate balance of terror between the two nuclear superpowers.

It is tempting after aiming high and ending up low so many times to give up on the relationship with Russia. That is not an acceptable outcome. Having tried and failed to transform Russia, U.S. policy is now without a purpose. Unlike a Seinfeld episode, it cannot be a “show about nothing.” The way forward then is to set forth realistic and attainable—rather than transformational—objectives, to accept that our differences may not be solvable, but will have to be managed, and on many issues we’ll just have to agree to disagree. To quote the great philosopher and theologian Reinhold Niebuhr, sometimes it is best to find “proximate solutions to insoluble problems.”

Rumer and Sokolsky’s report “Thirty Years of U.S. Policy toward Russia: Can the Vicious Circle Be Broken?” is being published by the Carnegie Endowment for International Peace. 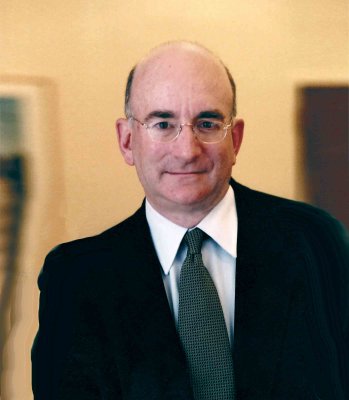